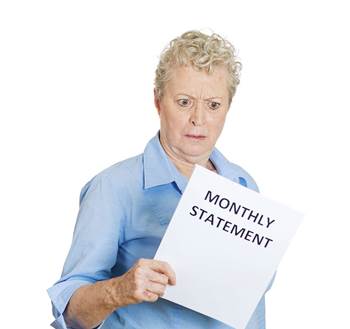 AGL customers are already submitting 700 self-readings of their energy meters a day as part of a trial designed to curb anger at “estimated” power bills.

The energy company started offering the ability for customers to read and submit their own meter readings via its app in June.

The self-service meter reading tool is officially still under trial but is considered a “signature moment” of the company’s $300 million digital transformation program, which has since been rebranded ‘customer experience transformation’.

In the six weeks it has been live, it is now being used to make “700 daily reads”, the company said in financial filings.

Those using it gave AGL a net promoter score of +42, it said; its current annual average NPS is still in negative territory.

The tool’s introduction comes at a time when AGL has been subjected to customer anger over its use of “estimated” rather than actual bills for energy use.

The company says in instances where it can’t access the meter – for example, inside a locked house – or where the customer wants to be billed at a higher frequency than meters are normally read, it bills based on an estimate of their usage, and adjusts it later once the meter can be read.

For some customers, that has led to cases of bill shock, where costs have allegedly been filed well above actual usage.

Giving customers the ability to read and submit meter readings themselves leaves less to chance and means customers can expect more accurate bills.

Outside of self-service meter reading, AGL also said today it is trialling a separate app function that lets users track energy usage “by appliance category”. This is being piloted by 3000 digital meter customers and is designed to help them understand what in their homes is the most expensive to run.

AGL did not provide an update today on how it was tracking with the $300 million transformation budget. Back in February it indicated $22 million had been spent of $75 million that was “anticipated” to be spent across FY17.

The $22 million covered an initial systems uplift; the remaining money for the year was allocated to “increased back-end automation”, system monitoring, and making digital experiences with AGL more “personalised”.

AGL announced its three-year, $300 million customer experience transformation in the middle of last year. The project came on the back of a rebuild of the company’s internal IT executive team.