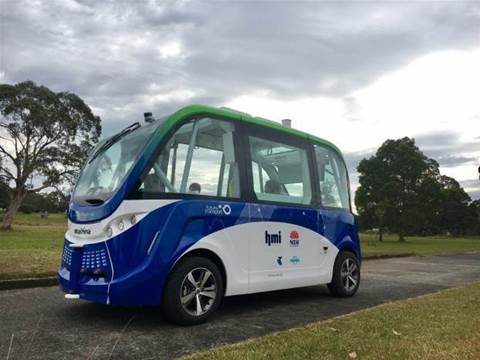 Transport for New South Wales has kicked off a trial of a driverless bus that will eventually run a route around Sydney's Olympic Park, following a similar trial in Perth last year.

The intial stage of the project involves safety tests at Newington Armory.

The Arma electric bus is made by French company Navya. It can take up to 15 passengers and runs at an average speed of 25 kilometres an hour.

It has a battery life of five to 13 hours, and uses light detection and ranging (LIDAR) sensors to perceive its surroundings.

Pavey said the trial would be used to develop autonomous vehicles' connectivity to city infrastructure such as traffic lights, and to the public through smart devices and applications.

“There is still some way to go before automated shuttles become commonplace on Australian roads, but as a government we are ready to take the next step and from here all sorts of possibilities open up for transport in NSW," Pavey said.

The NSW government has introduced legislation to allow the driverless bus trial to go ahead.