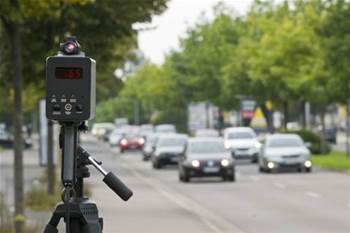 It means the thousands of speeding and red light fines that were put on hold during the investigation will likely be issued to infringers.

The interim report by Victoria’s road safety camera commissioner issued today said there was no evidence that the encryption component of the WannaCry ransomware had deployed.

The malware had been inadvertently introduced into Victoria's fixed digital road safety camera network by a contractor prior to June 7.

It spent the next ten days infecting 43 camera control units operated by Redflex, and 67 site controllers operated by Jenoptik. All devices run on Windows 7.

Redflex first became aware of the problem on June 6 when 20 of its cameras on the Hume Highway crashed. It identified the cause of the crash on June 14, and informed the state Justice department.

Redflex started patching all vulnerable systems from June 16, and discovered during its scans for additional infections throughout the wider network that three non-Redflex systems were trying to spread the virus.

Jenoptik was informed and started patching its infected site controllers on June 21. Jenoptik's cameras weren't impacted as they run on the Linux operating system.

However, he found that the encryption component of WannaCry never actually deployed.

He said there was no evidence of any impact "on the integrity of infringements” on either set of devices.

Redflex logging systems are transaction based - they reject an action if it isn't completed, meaning "partial or garbled" infringements can't be created, the watchdog noted.

“I applaud the caution shown by the authorities, but I find that there is no reason for the subject infringements to continue to be withheld," Voyage wrote in the report.

It means the thousands of tickets issued during June that were suspended pending the investigation will likely be issued.

Victoria Police is expected to comment on the report today.