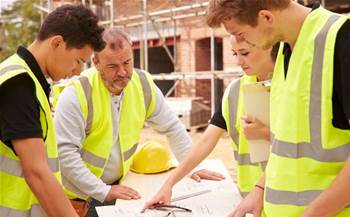 Apprentices and training providers are still awaiting the online self-service portal promised to them in 2012, thanks to ongoing delays with the delivery of Australia’s $20 million apprenticeship management system.

The new AAMS was expected to begin replacing paper-based processes with online forms last July, in turn delivering more than $93 million worth of savings to the budget in 2015-16 and 2016-17.

The Department of Education and Training selected NEC to begin developing the new platform for registering training contracts and administering payments to apprentices in May 2015, after conducting an open tender in October 2014.

But despite planning to have the new platform in place by July 2016, ongoing delays have pushed back the system's start date.

A spokesperson told iTnews that once it started developing the system, NEC advised the department that this work would take “significantly longer than originally envisaged”.

While the spokesperson would not comment on the reason behind the delay, iTnews understands it can be attributed to complexities of employer incentive claims.

At the time of the contract signing, then-NEC sales lead Chris Korte described the solution as “incredibly complex”, given its required interfacing with core federal, state and territory government systems such as those from Centrelink, the Australian Taxation Office and training.gov.au.

The system is now scheduled to be in place by November this year.

The delay has lead the department to continue relying on the 16-year-old training and youth internet management system (TYIMS), which was described in June 2013 as being outdated and buckling under the pressure.

Past reviews also suggested third-party apprenticeship agents can spend as much as 80 percent of their time wrestling with paper-based administrative tasks because of shortcomings with the TYIMS.

More recently, an audit into the administration of the Australian apprenticeships program found inaccuracies in the data recorded in TYIMS, including more than 20,000 apprentice records that were potentially duplicated. These duplicates are planned to be cleansed prior to the migration from TYIMS to AAMS.

The delayed implementation of the AAMS is also having a knock-on effect to the completion of the Victorian Registration and Qualifications Authority’s new EPSILON apprentices and trainees register, which has reached the final stage of testing but can’t progress until AAMS becomes available.