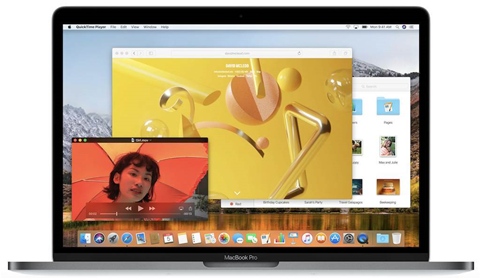 Apple has released the first public beta of its upcoming iOS 11 operating system to give users a chance to try out new features and identify any issues before the official release.

iOS 11 brings with it substantial changes including an interface redesign for key apps, removal of support for 32-bit programs, augmented/virtual reality support, and many under-the-hood improvements such as the new Apple file system (APFS).

The beta for Apple's MacOS High Sierra desktop operating system is listed as "coming soon".  It will also contain the 64-bit APFS, which is optimised for solid state storage, along with high efficiency video encoding (HEVC) H.265 compression with hardware acceleration on Macs with Kaby Lake processors, and the Metal 2 graphics application programming interface (API).

However, even though the beta program is said to be public (anyone who has a valid Apple ID can participate), the company considers the software to be confidential information that users must not talk about.

"Don’t install the public beta software on any systems you don't directly control or that you share with others," Apple said in its frequently asked questions for the beta program.

The final releases of both iOS 11 and High Sierra are expected to arrive around September 20 this year.