Why only 60 percent of Triple Zero calls will be tracked 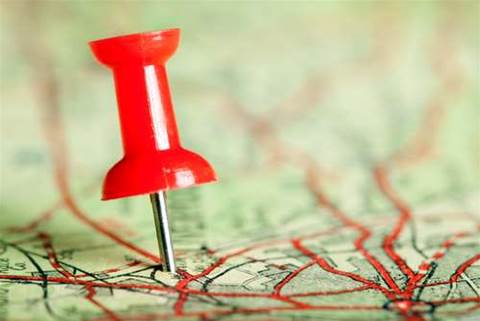 Best hope you have Android.

Forty percent of mobile phones used in Australia won’t initially be capable of sending accurate location-based tracking data to emergency services if the Department of Communications has its way.

An emergency call-based location solution that is only available on the Android operating system is currently being proposed to solve the issue of pinpointing emergency callers using their mobile phones.

The department has been looking at ways to send location data from callers to emergency services since last year’s review of the national 000 operator, which found that the federal government should incorporate such data into the Triple Zero service.

It undertook market testing last August to understand how accurate location information could be introduced to 000 calls from mobile phones.

Shortly after, the department also began looking for a new Triple Zero operator to provide the emergency call service via an IP-based emergency services platform that could “keep pace with rapidly changing social and technological environments".

This was despite having signed a deal with Telstra in 2012 to provide the service until 2032, at a cost of $22 million per year.

Now the department has decided to cease the two separate requests for expressions of interest, and bundle them into a single open tender for the supply of both services.

In doing so it revealed that advanced mobile location (AML) technology has been chosen as the preferred solution to provide emergency responders with access to location data.

But the technology is currently only available for Android handsets, and the remaining 40 percent of mobiles will have to wait until the department works out a solution.

“The department is pursuing discussions with other handset operating system providers about using either AML or their own handset-based solutions. This is a similar course of action to other countries which have already implemented AML.

“In the meantime, the existing Push MoLI solution provided by mobile carriers will continue to send location data to the emergency call service for all calls to Triple Zero (including those calls that use AML).”

However, Telstra’s Push MoLI uses location data provided by the telco's cellular towers to triangulate the location of emergency calls. This is particularly problematic in regional areas where cell tower coverage is sparse, often servicing an area that is between 70 and 100 kilometres in radius.

Telstra began offering mobile origin location information through its Push MoLi capability in 2014, which became available to emergency services at the end of 2015.

AML was developed in the UK by British Telecom, EE Limited and HTC. It registers when an emergency call is made and uses wi-fi and global navigation satellite systems (GNSS) to send the caller's location information to emergency services before automatically turning off location services.

It is said to improve location accuracy by up to 4000 times compared to a Call-ID solution, which Telstra uses for the Push MoLi capability.

The Communications spokesperson said the department selected AML for its low cost – it won’t require “significant capital or operating expenditure by a solution provider or Australia’s mobile carriers” – and because it was backed as the preferred solution by the Australian national emergency communication working group.

It also doesn’t require callers to download an uncommonly used app, which the department has found to “have achieve low rates of download and use by callers to emergency services.”

The department also said that while AML has been identified as the preferred solution, the future platform behind the emergency call services “must be sufficiently flexible so as to be able to implement additional or alternative technologies if and when they may be may be available in the future".