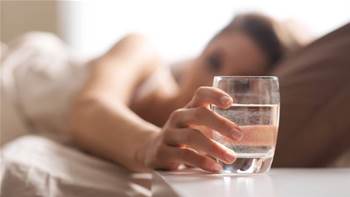 Powers future built around analytics and the customer.

Sydney Water will invest almost $250 million into a major uplift of its core systems as it prepares for a future where its services and supply chain are underpinned by data and analytics.

The utility last month appointed a Wipro-led consortium to “design, build and run” new billing, CRM and ERP systems, which are to be based on various SAP platforms. Capgemini and E&Y are also part of the consortium.

This week, it secured two tranches of funds in the NSW state budget for the two main pieces of work.

“Our initial trigger was a 30-year-old billing platform which was in PL/1 code – the next code after COBOL,” project lead Paul Freeman told iTnews.

“It’s been a great system and has really served us well, generating in excess of seven million bills a year and handling all the transactions that happen with that.

“We’ve got a slightly more modern CRM-type system which doesn’t really integrate well with [billing], and then somewhere in the vicinity of 200 peripheral applications that interconnect with our CRM and billing landscape.

“That was in dire need of a refresh because whilst it’s stable and has served us well, it doesn’t provide you with a great degree of flexibility without putting a whole lot of those other system dependencies at risk. In addition, all the people that know about our current system are retiring.”

Sydney Water is about two months into creating blueprint designs for the new customer billing and CRM systems.

The utility is also set to spend a further $85.7 million on what is calling its business experience platform (BxP), which comprises a new SAP S/4 HANA ERP along with several cloud-based add-ons.

Freeman said the BxP would “drive a more efficient internal business back-office”. In addition to an S/4 HANA instance, which will run out of the NSW GovDC government data centre, the utility plans to use the cloud-based Ariba platform for procurement and SuccessFactors for human resource management.

It plans to run SAP Fiori user experience software at the front-end of the BxP.

“By the time we go live, Fiori front-ends will be available for all the applications we want,” Freeman said.

Current work on the project is being performed onshore but once it progresses to a “realisation or build phase" it will go offshore.

Freeman has just returned to Sydney from India, where he joined other project and consortium leads in “opening and launching the offshore development centre” that will build the systems. Work is expected to begin around September.

Between onshore and offshore contributors, the project team is set to number somewhere “in the vicinity of 300 people” at its peak.

“Some of the offshore team are actually onshore at the moment so they understand the development of the functional specifications and the design,” Freeman said.

“Then, they’ll move back to lead the offshore development teams, and then it will be predominately offshore biased until we get through the UAT and start more towards the deployment phase, where the [team’s] bias will shift back to onshore.”

While some level of customisation will be inevitable, Freeman said he is looking “to the business to change rather than the software to change” to fit too-specific requirements.

“We’ve paid the price over many years with our legacy systems around the bespoke nature of adjusting the software to the business, and the price that we paid is both in pain and cost for taking any subsequent upgrades,” he said.

“Even patches and releases can be quite expensive and painful. We need to get off that drug and move to something that is more sustainable in the long run.

“Really when you think about it we are just a water company. We are not that unique in the world and so therefore we’ve got to stop considering ourselves as special.”

The project team is in the midst of its full release planning for deployment and cutover to the new billing platform.

While this is still a little way off, the company is presently planning a phased implementation in two waves.

“A billing system is the financial engine room of a company. If we can’t get bills out and revenue in, it suddenly becomes front page news, so for us our measure of success is we really don’t want customers to notice too much that we’ve put in a new billing system,” Freeman said.

“Everything needs to look and feel the same and they have to have the same level of confidence that they currently have in their bills.”

The utility plans to undergo a “six month parallel familiarisation period” where it runs new and existing billing systems in parallel.

“We’re then proposing to go with a ‘wave 1’ which will be a geographical area somewhere in Sydney where we will test all our use cases, but at a level where if there are any challenges or issues we have the ability to recover from that, correct it and make sure that we’re not sending out bad bills,” Freeman said.

“We don’t want to cause customer grief that builds a backlog of errors that you can never get on top of.

“[If this works], only then will we decide are we comfortable to go with ‘wave 2’ which will be the deployment to cover the remainder of our customer base.

“That [approach] creates technical complexity in the transition but our people assure me it’s all manageable.”

The uplift of the CRM, billing and ERP systems falls under a broader corporate program known as the lifestream strategy.

Freeman said the strategy is “enabling capability uplifts right across the organisation”.

“Lifestream is the corporate vision for the organisation to be the ‘life stream’ of Sydney for decades to come,” he said.

“Within that our corporate strategy runs around three pillars: customer centricity, high performing culture and [becoming] a world class performer. That implies a significant range of capability uplifts across our organisation at a people, process, technology and data level that have to be executed.”

While the current strategy – and capability uplifts – run through to 2020, Sydney Water is already working on an extended vision that charts a path through to 2040.

It is designed to build on the foundations being set in place now and “starts to get into what is the future role of Sydney Water and its partners in driving better outcomes and liveability for the people of Sydney".

“But in parallel, part of my portfolio is I lead not only this platform refresh but also the new operating model implementation which includes [driving] towards efficiency and modern supply chain-type reforms.”

One of the forthcoming initiatives is a “customer hub”, which Freeman said will use data insights to predict when customers might have issues, rather than wait for problem to materialise and then act.

“We have our first pilot ready to go live in our western area of Sydney in late September,” Freeman said.

“We’ve cobbled together a lot of information and systems from our existing landscape to stand up the proof of concept and start to leverage that in acceleration before we get our [new] foundations in place.

“We’re going to use that as a live sandpit, have a play and learn what we really need to build into our industrialised system which will be the next phase of the build on top of this new [ERP, CRM and billing] foundation.”

Freeman said another program under his portfolio is aimed at leveraging data assets in their current form. Sydney Water has about 15 petabytes of data at its disposal.

“You can imagine in 15PB there must be some useful information,” he said.

The analytics and information (AIM) program is designed to extract value from this existing data lake, but then also find a way to share the dataset externally.

“One of the objectives in the AIM program is that 15PB will ultimately form data lakes for Sydney Water that we’ll then connect to the NSW government data lake which then connects into the broader ecosystem of information,” Freeman said.

“Suddenly, we get some power to drive unique insights that we haven’t had before. But we don’t know what we don’t know, so we’re going on a journey with a lot of partners to try and uncover this.

“AIM is a platform capability that we recognise as an organisation we need to build that underpins everything Sydney Water’s going to do in the future.”