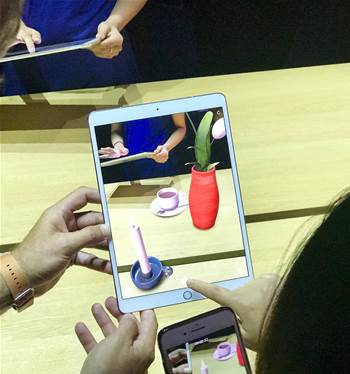 Apple has unveiled one of its largest updates to its hardware range, launching new laptops, desktops and tablets at its worldwide developer conference.

System memory in the updated MacBook Pro is still limited to 16GB, however, compared to the 32GB or more available with competing PC brands.

The top of the range 13-inch MacBook Pro starts at A$2669 for a 3.1GHz Core i5 model, 8GB RAM, 256GB storage and four Thunderbolt 3 ports, plus the TouchBar function key replacement and Touch ID authentication. 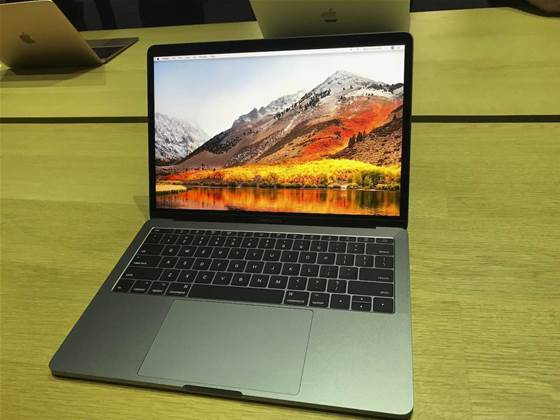 Apple's lightest laptop, the MacBook, has also been refreshed with new Kaby Lake processor options and 256GB and 512GB storage, costing $1899 and $2349 respectively.

Along with the faster laptops, Apple also updated its iMac range for the first time in two years, making them powerful enough to be used for virtual and augmented reality content creation.

The new iMacs use Intel's latest Kaby Lake processors and have updated screens which support 10-bit per colour dithering for displaying billions of hues, up from 8-bit in the previous models. 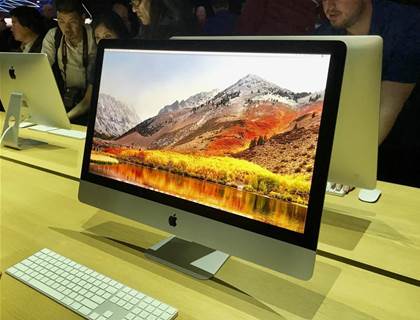 Unlike the MacBook Pros, the new iMacs can be configured with large amounts of memory: 32GB for the 21.5-inch model, and 64GB for the 27-inch computer.

Apple also said it would release an iMac Pro in December this year containng workstation-class performance.

The iMac Pro can be configured with up to an 18-Core Intel Xeon processor and AMD's new Radeon Vega graphics, with multi-core architecture and 16GB of high bandwidth memory.

Systems can be fitted with up to 128GB of RAM and 4 terabytes of disk space.

According to Apple, the iMac Pro will be capable of 11 tera floating point operations per second single-precision performance, or 22 tFLOPS half-precision, making it suitable for high-end graphics work as well as machine learning applications.

Along with the larger, 12.9-inch model, the new iPad Pro features a tuned-up version of the 64-bit A10X Fusion with the six processor and 12 graphics cores chipset that debuted with the iPhone 7 and 7 Plus last year.

Again, Apple is pitching the more powerful iPad Pros to content creators in the graphics as well as virtual and augmented reality fields. 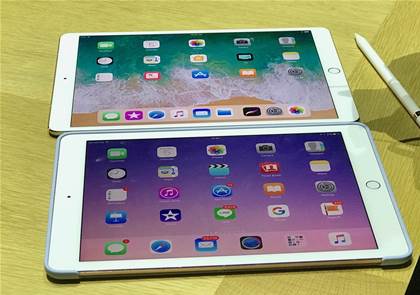 An improved screen with 120 Hertz refresh rate, up from 60, provides smoother graphics and scrolling on the iPad Pros, and a low, 20 millisecond latency when the Apple Pencil stylus is used.

Apple will sell the 10.5-inch iPad Pro from $979 for a 64GB storage and wi-fi only connectivity, and $1179 with cellular network capability added.