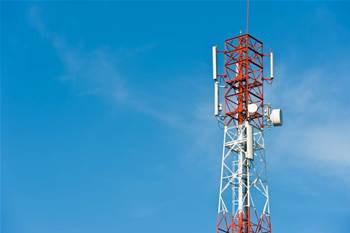 Claims process has been flawed.

Vodafone has taken the ACCC to court over the "flawed" process in which it tentatively decided not to force Telstra to open up its regional mobile network to rivals so they can offer services in areas they don't operate.

Earlier this month the competition watchdog issued its draft decision on whether it should declare a wholesale domestic mobile roaming service.

It revealed it was likely not to force telcos to allow rivals to roam onto their regional mobile networks, arguing there wasn't enough evidence to show it would improve competition for regional users.

Telstra - who would be the most affected should the ACCC decide to go ahead with the proposal - welcomed the ruling; it had argued lettting telcos "freeload" would disincentivise them from building their own networks.

"It denies the benefits of increased coverage, competition and choice to Australian mobile customers, especially hundreds of thousands of Australians living in regional and rural areas," Vodafone chief strategy officer Dan Lloyd said at the time.

Today the telco said it had taken the ACCC to court to force a judicial review ahead of a full ruling in the middle of this year.

Vodafone claims the ACCC's inquiry process has been flawed.

"We do not believe the process has been carried out properly because a specific domestic roaming service has not been defined by the ACCC. The process is failing consumers because it is too vague," Vodafone said in a statement.

"The decision on domestic roaming is too important to regional Australia for the inquiry to continue in a flawed way."

Vodafone argues the ACCC has asked for final submissions to the inquiry but is yet to issue a detailed description of what a domestic mobile roaming service would look like, including things like whether it would contain limitations based on geography and level of existing coverage.

The telco claims the ACCC has set out such descriptions in other similar inquiries and should, under its own guidelines, do the same for the mobile roaming decision.

It said the service description was a fundamental part of the process, and claimed it would be impossible to properly work out whether a domestic mobile roaming service was in the long term interest of end users without it.

The ACCC said it had consulted "extensively" with regional Australian and the majority of views were "not in favour of the ACCC declaring domestic roaming".