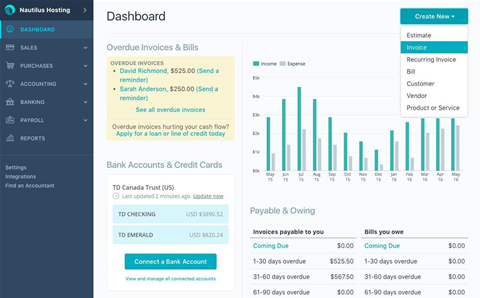 NAB's venture capital arm has led a A$32 million funding round into Canadian cloud financial software firm Wave alongside the Royal Bank of Canada and a slew of investment firms.

Wave was born in 2010 with an offer of free online accounting software for small businesses. Since then it has grown to provide a suite of cloud-based services covering lending, payroll, payments, invoices and receipts.

The company now boasts 130 employees and more than 2.5 million small business customers across 200 countries, including 35,000 in Australia.

The new series D investment is its eighth round of funding. It has so far raised US$55.7 million (A$74.9 million) from ten investors, with its most recent round last October bringing in just under US$11 million.

NAB and RBC have been joined in the new round by venture firms CRV and Social Capital, global funds OurCrowd and Harbourvest, and Canadian investors OMERS Ventures, BDC IT Venture Fund, BDC Capital and Portag3.

All except the latter had also previously committed funds to the firm.

“We were impressed with how Wave’s offering gives entrepreneurs the tools they need to be successful, along with the fact their invoicing and accounting software are free with customers able to purchase additional financial services to suit their requirements as needed," NAB Ventures general partner Melissa Widner said in a statement.

Its investment gives NAB the opportunity to appoint an observer to the Wave board.

The bank declined to disclose its proportion of the total funding, but NAB's venture capital strategy has been to invest minority stakes in start-ups like Wave and US-based remittance firm Veem.