Aussie researchers want to use your walk to authenticate you 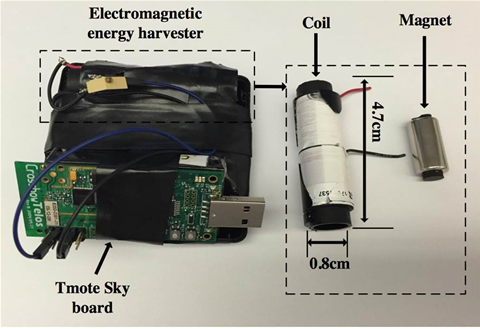 Unlocking your device simply by walking could become a reality after Australian researchers devised a way to tap into users' unique gait patterns for authentication.

Instead, researchers from the universities of Queenland and New South Wales working together with Data61 use kinetic energy harvesting (KEH) to translate motion into electrical energy.

Two types of KEH devices were used in the trials: a pieze-electric and an electromagnetic device. In both cases, the researchers measured the voltages output by the devices as users walk around with them.

Dali Kafaar, leader at the networks research group at Data61, said KEH-based authentication is not only more convenient and less intrusive as it measures gait energy patterns without user interaction, but also more secure than other unlocking methods.

"The way we walk is difficult to mimic. Since the KEH-gait keeps authenticating the user continuously, it collects a significant amount of information about our movements, making it difficult to imitate or hack unlike guessing passwords or pin codes," Kafaar said.

Data61's tests showed that only 13 out of 100 imposters who tried to imitate an individual's motions succeeded in fooling the KEH authentication system.

It has built a prototype wearable device to capture users' energy generation patterns for authentication.

In trials with 20 users on a variety of indoor and outdoor surfaces, the KEH technique achieved an authentication accuracy of 95 percent.

The research organisation is also looking at other biometric authentication technologies such as measuring breathing patterns and people's distinctive behaviours.