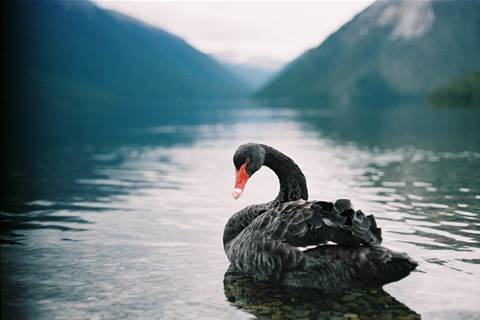 According to the CIOs, there's one risk more dangerous than any others in prospective black swan projects: staff.

"The biggest challenge for us is the execution of ideas," Sterrenberg said.

"Most of [our projects] are multi-year, most require skills that we don't have in this country at the moment, and we're also competing with other big agencies - like Defence - who are at the same time trying to morph themselves into a new-age government department.

"We're still grappling with how to deal with this."

DHS runs an annual graduate program to recruit 125 fledgling technology pros into its ranks, but Sterrenberg said the agency regularly struggles to fill that quota.

"We just cant find enough people with those types of skills," he said.

"There's a massive gap between what we need to deploy projects we have on our slate versus the skills in the market."

He said more needed to be done in earlier school years - and through blended STEM degrees at university - to encourage people into the discipline and equip them with the skills needed in the real world.

"There's a lot of initiatives that we're all doing individually, but it's a national problem," Sterrenberg said.

"We need to think about this differently, and collectively acknowledge we have a challenge and work out collectively how to solve it. If we don't face up to the problem I think we're going to have a really tough decade."

The skills challenge also exists within Defence, and Lawrence agrees more needs to be done with young school students.

"You've really got to reach into that middle-years education system to start making a difference. It's about how students are taught at that age," he said.

"There's no point reaching into secondary or tertiary years, you've got to go a lot further back, bring students into the ecosystem and keep them until the tertiary system and then get them into those degrees."