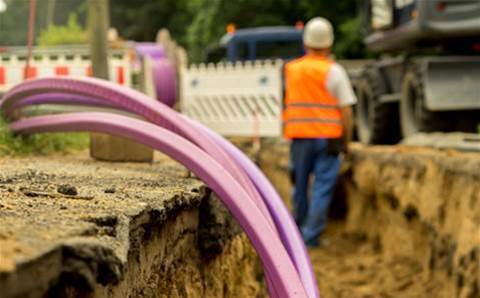 Analysis: Who wins in the latest 300,000 premises expansion.

NBN Co is continuing to grow its fibre-to-the-curb rollout at the expense of much-maligned fibre-to-the-node connections, with 122 towns and suburbs added in the past two months.

The network builder last month said its planned FTTC footprint would now reach one million premises, up from an initial 700,000.

Analysis by iTnews – using our rebuilt three-year construction plan - shows exactly where the extra 300,000 premises brought into the FTTC build are located.

The network builder is continuing with plans to convert previously FTTN-only areas into a mix of FTTN and FTTC connections. It remains unclear what the proposed split in connection type will be.

Very few areas that have been added to the rollout have been converted from FTTN to FTTC in their entirety.

In addition to the 113 towns and suburbs netted by the expansion, iTnews has located nine more suburbs in the ACT that have introduced FTTC into the connection mix over the past two months

That means there are now just under 600 cities, towns, and suburbs across Australia that will be part of the FTTC rollout.

There remains potential in several states and territories to further expand FTTC. Both SA and the ACT, for example, have areas designated FTTN that aren’t to receive connections until the FTTC deployment is in full swing.

Based on the pattern seen in other states and territories – and assuming the gap between FTTC and FTTN costs per premises narrows – it is likely that the FTTC rollout has not yet reached its limits.

Included in the initial 700,000 premises (but only added to the NBN maps within the past two months: