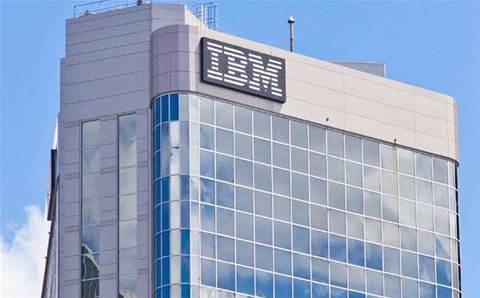 IBM Australia's headcount plummeted by 1000 people in a single year at the same time as the technology giant suffered a drop in revenue and profit.

Records filed with Australia's corporate regulator show that IBM Australia employed an average of 5489 people in the financial year ended 31 December 2016. Its average staff count the prior sat at 6463.

However the true reduction could be even higher, with somewhere between 1200 to 1800 staff potentially leaving the combined business across Australia and New Zealand.

The annual report for IBM A/NZ Holdings – the parent company of both IBM Australia and IBM Zealand – showed there were 5980 people employed at the end of the company's 2016 financial year, down by 1803 from 7783 employees in the region a year before.

The holding company's 2014 annual report indicates IBM had more than 8100 staff across Australia and New Zealand.

IBM Australia, which is roughly 10 times larger than New Zealand, paid out some $43.1 million of termination benefits in 2016. The total wages and salaries bill at IBM Australia that year was down by $22.4 million to $168.3 million.

"IBM has invested $600m in Australia over the last five years particularly in the areas of cloud and cognitive technology," an IBM spokesperson said.

"This investment builds a strong foundation for our clients to drive value from the emergence of AI, the maturation of cloud and the proliferation of data.

"Our decisions have positioned IBM to lead in this key architectural battle."

The annual reports offer a rare insight into the shrinking workforce at one of the world's biggest technology companies, which has been known to closely guard employee numbers following years of redundancy programs typically described as 'resource actions' or 'workforce rebalancing'.

Last year, IBM was said to have also trimmed severance pay to one month.

The 2016 annual report also revealed that chief financial officer Tammy Evans departed the role on 27 March 2017 to take on a position as VP of finance, infrastructure services, Europe for IBM.

Evans had been CFO of IBM Australia and New Zealand since August 2014, and with Big Blue since 2010.

The Australian business turned a $16.8 million profit, a 68 percent or $53.3 million fall compared to the previous year.

IBM also used 2016 to restructure its financing business in the region.

Got a news tip for our journalists? Share it with us anonymously here.
Copyright © CRN Australia. All rights reserved.
Tags:
ibm staff strategy
By Steven Kiernan
May 2 2017
9:00AM