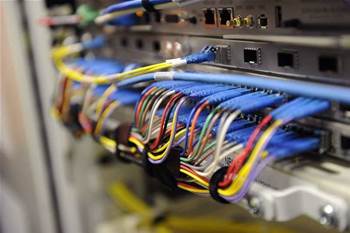 NBN Co has delayed the creation of a point-of-interconnect redundancy product that would enable ISPs to continue servicing customers in the event of a PoI failure.

The network builder had initially been targeting a launch in 2017 but the company’s latest integrated product roadmap shows the ‘PoI redundancy’ product has been pushed back to the first half of 2018.

A PoI is where retail ISPs plug their network into the NBN. They are typically telephone exchanges.

An NBN Co spokesperson told iTnews that the product had been “shifted due to conflicting business priorities”.

“We do expect customer consultation through the product development forum as the next step before the end of 2017,” the spokesperson said.

However, it remains unclear whether the PoI redundancy project has the necessary support to go ahead.

NBN Co’s spokesperson said the delay had “been accepted by [NBN Co] due to the PoI being very resilient from a risk of interruption perspective".

“[We have] been working on other network redundancy solutions to get the network back up and running, but as yet this does not include an alternate PoI option,” the spokesperson said.

PoI redundancy has been a topic of debate since NBN Co’s early days.

He and other telecommunications executives had pushed for all NBN connections to be drawn back to 14 PoIs nationally – effectively two in each capital city for redundancy purposes.

NBN Co is known to have been exploring the issue of PoI redundancy for some time, and in early 2016 put forward the ‘PoI redundancy’ product proposal.

This, it said, would allow retail service providers (RSPs) to reserve capacity in a nearby PoI that they could call on to provide service continuity to customers in the event of a primary PoI outage.