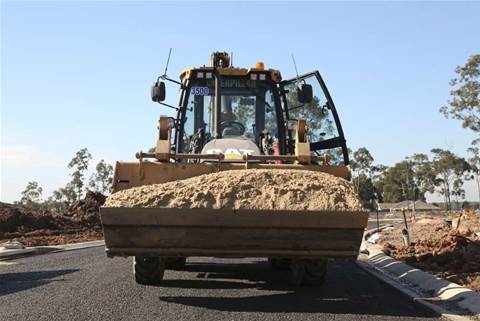 Local area left worse for wear after contractors move through.

The City of Ballarat says it is still waiting for NBN Co and its contractors to fix 6500 instances of damage to council infrastructure caused by the rollout of the fibre-to-the-premises (FTTP) network.

Infrastructure and environment director Terry Demeo told an NBN joint committee hearing this morning that, in some cases, contractors had performed unsatisfactory repairs up to five times, and still more work was required.

Ballarat has been involved in a long-running stoush with NBN Co over footpaths, nature strips, and other infrastructure it says have been “disturbed” to make way for the NBN.

Demeo described the relationship between council and NBN Co as “very strained”, and said Ballarat faced a bill running into the millions to repair the damage.

“The experience in Ballarat - very bluntly - has been that we’ve had exceptionally poor service by the subcontractors to the major contractors that are doing the [NBN] installation, such that we have 6500 outstanding reinstatements, some of which have been visited 3-5 times for further work and remain less than satisfactory,” he said.

“In really candid terms if you put a really cursory figure of $2000 across each of those reinstatements that council could be up for in future, that’s about a $13 million fee that council would incur.

“We don’t have the [same] ability we have with any other infrastructure providers [to force NBN Co to] meet our standards and in the event that they don’t, [to] prosecute them or undertake the work and bill them.”

Demeo said the $13 million repair bill was likely overly conservative, alleging NBN contractors did not bury their conduits at locally-required depths, meaning it could be more easily disturbed by future earthworks.

“While that $13 million is a big figure, I suspect it’s three times that in terms of the likely cost that would be incurred by local authorities in rectification of infrastructure that’s been installed in a less than satisfactory manner,” he said.

An NBN Co spokesperson told iTnews the company had "already taken action with its delivery partners in Ballarat to address prior concerns related to the construction program and continues to discuss the matter with council."

"We are confident that any new concerns that may arise are being addressed as soon as they are notified," the spokesperson said.

The list of 6500 reinstatements is much higher than Ballarat's previous figures, which numbered around 4500.

Demeo said there had been “trips and falls” associated with the damaged council assets, although they hadn’t “resulted in major insurance claims” against the city.

Should that change, however, Demeo said the city would “have no comeback on NBN at this point".

Demeo said NBN Co had agreed to “part fund an inspector whose pure job is to follow NBN contractors around" to try to ensure areas are left in a better state post-deployment.

“We invoice [them] for that service,” he said.

However, Demeo said council had experienced “limited – and I emphasize the limited – success” in trying to get NBN Co to enforce quality standards through its contract workforce.

“We have had numerous commitments from senior staff within NBN Co that they would meet our standards and they would rectify situations,” he said.

“There’s been rigorous action for a month or two at particular times over the last 4.5 years but that’s waned after a short period of time.”

Demeo is lobbying for changes to the Telecommunications Act that would force telcos and their contractors to meet local requirements for installation and reinstatement of land and infrastructure after works are complete.

He said he wants the Act to shift “from broad motherhood statements around the obligations on telco providers to reinstate infrastructure that’s disturbed as part of putting in pits, pipes etc to a standard set by the local authority.”

“That does not exist under the Telecommunications Act in its current form,” Demeo said.

“We think … that [telcos] ought to be treated like other infrastructure providers such that local authorities aren’t wearing those costs moving forward.

“We don’t want any city to have the same experience as us.”