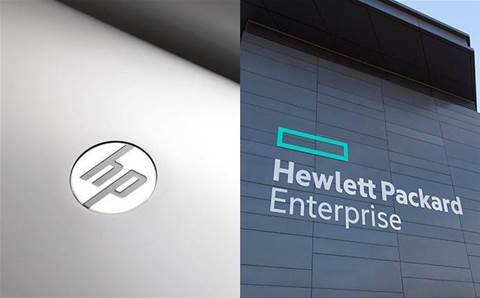 HPE Australia has posted its first profit as a standalone entity after struggling through more than half a billion dollars in losses over four years as part of the formerly combined HP group.

The Australian subsidiaries of HP and Hewlett Packard Enterprise have filed their first full-year financial results as individual entities after splitting in late 2015.

The last time the combined entity, Hewlett-Packard Australia, posted a profit was in 2011. The company spent the following years in the red, ending in 2016 with a $229 million loss.

While things may seem rosier for the now-separated HPE, much of its $2.1 billion in total revenue last year came from services, most of which are expected to shift to new entity DXC Technology for the 2017 financial year.

DXC is the result of the merger of HPE's enterprise services unit and CSC.

HPE will, however, continue to run a services business despite the spin-off. It has relaunched its technology services unit under the new name Pointnext with the intent to support customers around hybrid IT, real-time data and analytics, and mobile solutions to "de-risk clients’ digital transformation".

It has globally made a number of major acquisitions so far this year, including hyperconverged vendor Simplivity for US$650 million and, most recently, the US$1 billion acquisition of all-flash storage vendor Nimble.

Meanwhile, PC and printer business HP posted a net loss of $2.7 million for the year ending 31 October 2016 on a total revenue of $1.4 billion.

The company is responsible for the sale, distribution and servicing of computer and printers.

Both HP and HPE declined to comment on the results.

Got a news tip for our journalists? Share it with us anonymously here.
Copyright © CRN Australia. All rights reserved.
Tags:
hardware hp inc hpe