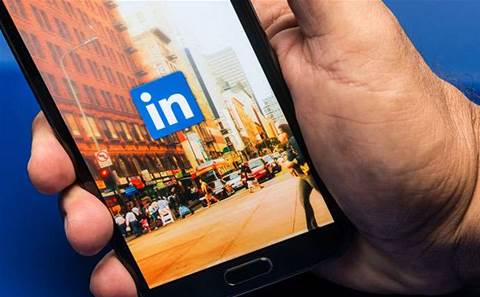 Office 365 users will soon be able to hover over the names of unknown people cc’ed on emails and see who they are from their LinkedIn profiles.

This is one of around 40 integration projects that are presently being pursued by LinkedIn and its new owner Microsoft, according to LinkedIn’s principal engineer for global infrastructure architecture and strategy Yuval Bachar.

Speaking at the Cloud & DC Edge summit yesterday, Bachar indicated that both O365 and Microsoft Dynamics CRM users would “very soon see the integration of LinkedIn”.

“If you’re in Outlook and you have a list of people that are on the cc list and you have no idea who half of them are which happens in a lot of cases, you just hover with the mouse on the name and you’re going to get the full LinkedIn profile for every one of them,” Bachar said.

“That is priceless for most of us.

“There’s another about 40 projects like that to enhance your experience with Microsoft and [that] will give you much better access to LinkedIn.”

Microsoft has previously spoken of its desire to create native integrations for LinkedIn data in its products.

Last year, it gave examples such as proactively suggesting people to connect with on LinkedIn “to help with a task you’re trying to complete”.

It also said profile data from LinkedIn would “surface in an app, whether Outlook, Skype, Office or elsewhere”, though it did not specify at the time what types of integrations this might entail.

Microsoft CEO Satya Nadella provided more clues of the planned integrations in a post to LinkedIn in December when the acquisition closed, listing broad goals that included integrating "LinkedIn identity and network in Microsoft Outlook and the Office suite".

Bachar said while the opportunities for LinkedIn to grow its reach through Microsoft were exciting, they were also “a bit scary” for people like himself that helped run the business social network’s backend.

“If those users try to access our site through Microsoft, that’s a bit scary for the people running the operational side [of LinkedIn] because that’s 4x the size of where we are right now, and we need to be able to accommodate this at the same performance level.

“We need a game changer to accommodate Microsoft.”

Bachar believes that game changer could be Open19, an open server and rack initiative that was born out of LinkedIn.

Early results presented at the summit indicate it could help bring new capacity online quickly – which is something LinkedIn is looking to do a lot in the next 18 months.

“Open19 technology fits really well for us to be able to grow [our infrastructure] quickly.”

Open19 was almost production-ready back in January and could be publicly demonstrated as early as next week.