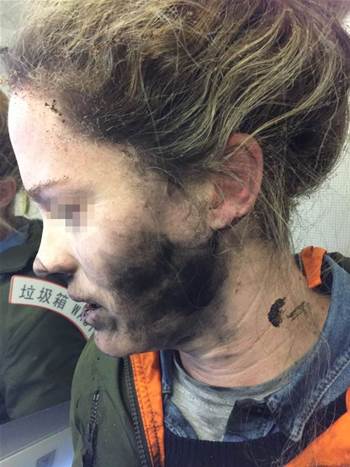 Air travellers have been warned about the dangers of taking battery-operated devices on planes after a woman suffered burns to her face and hands when her headphones caught fire and melted.

The woman was flying from Beijing to Melbourne when she heard a loud explosion and felt burning on her face, according to the Australian Transport Security Bureau.

“I just grabbed my face which caused the headphones to go around my neck," the woman was quoted by th ATSB as saying.

“I continued to feel burning so I grabbed them off and threw them on the floor. They were sparking and had small amounts of fire."

Once water was poured over the battery and headphones, they melted and stuck to the floor, the ATSB reported.

Passengers were forced to endure the smell of melted plastic, burnt electronics, and burnt hair for the remainder of the flight, it said.

The transport safety investigator said the batteries in the headphones had likely caught on fire.

It has not named the make or model of headphones in question. It said the headphones were bought three years ago. iTnews has requested detail from the ATSB.

The agency advised travellers using battery-powered devices to keep them in approved stowage unless in use, and to carry spare batteries in carry-on, not checked, baggage.