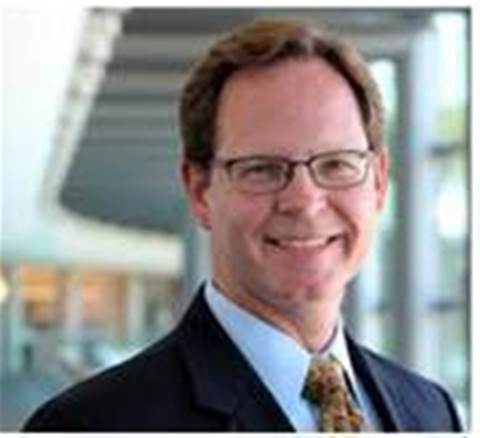 Google has existing reason to improve Android’s security image and raise consumer confidence, but the same actions may be crucial if the mobile operating system is to also gain the trust of the enterprise.

Android security boss Adrian Ludwig acknowledged last month that Android’s take-up was hampered by its insecure image and the difficulties experienced by users updating or patching their devices.

These are some of the same reasons that Android is being overlooked for mobile extensions of enterprise software applications like SAP.

At the end of this month, SAP will publicly release a software development kit (SDK) it has spent the past ten months jointly building with Apple’s engineers.

The SDK is intended to make it easier for customers and partners to create iOS apps that hook into SAP’s platform-as-a-service.

By contrast, SAP offers a “generic” SDK for Windows 10 - “not deeply integrated or built with Microsoft”. Android users, meanwhile, can access SAP functionality through a Fiori client; Fiori allows SAP functionality to be ported particularly to mobile devices.

SAP SE's Apple partnership senior vice president and general manager Rick Knowles told iTnews on the sidelines of Mobile World Congress earlier this month that SAP questioned whether Android could support the type of tie-in it has built with Apple.

Knowles said SAP liked that the iOS ecosystem was quick to move to new versions of the operating system, and that the code changes typically did not break apps.

“One of the beautiful elements that we’ve experienced with iOS is that when you have an app running on an iOS device and they push out a new OS or security patch, the apps don’t break,” Knowles said.

“On Android, depending on which version [users are on], when they push something out, apps will break.

“Maybe in the consumer world that’s OK but for us when we’re worried about creating a logistics app for transportation or warehouse management, or maybe financial data, if an update crashes the app we’ve just messed up the enterprise. That’s not SAP.

“So you can still deploy [SAP] on Android using Fiori but if you’re going to build native [integration] we have to make sure it’s rock solid.”

Knowles said end-to-end encryption in iOS was also a big drawcard for closer integration with SAP.

“I am very worried about [Android’s] security protocol,” he said.

“It’s not that Android is bad, it’s just not as secure.”

SAP has spent time shopping early versions of the Apple SDK with select customers and iOS developers in the lead-up to its imminent launch.

The latter group is particularly important considering SAP's plans to build a community of developers around the SDK.

“We don’t know the uptake will be. This is virgin territory [for us].”

SAP is hoping to encourage the community’s development by launching a ‘SAP academy for iOS’, comprising both free training in Apple’s Swift programming language and classroom training on the specific SDK.

What SAP won’t be doing is encroaching too far into the iOS app creation space.

Knowles said SAP had “agreed that we would create just a few apps and release them”. This will include a companion app for the S/4HANA professional services cloud, but in total SAP plans to limit its app contribution to “about two handfuls of apps – maybe 10 apps over the next couple of years".

“A lot of customers have said ‘why aren’t you putting out more apps? I was expecting a portfolio of apps’,” Knowles said.

“But Apple and SAP came to a realisation that if we’re really going to invest in the developer tools, then we really believe that most of the innovation is going to come from the customers or ecosystem, not from SAP.”

That relatively hands-off approach is a departure from SAP’s standard mode of operation.

“We’ve always controlled everything – we create the app, charge you a user fee, and control the delivery. Now we’re basically saying we’ll give you the SDK, if you have the [SAP] platform, build deploy as many apps as you want.”