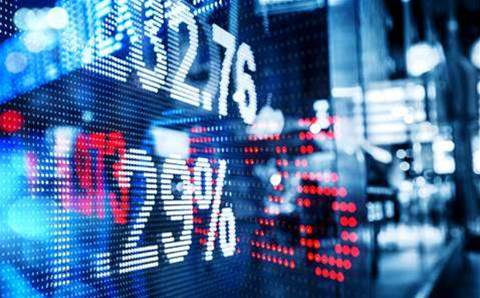 The Australian Securities Exchange (ASX) has re-architected a margin optimisation application to run in AWS, and in doing so forged a template for what it can and cannot take to the cloud in future.

ASX’s general manager of application development and DevOps, Katherine Squire, said the application had been re-architected to run in the cloud to fix performance issues.

Squire will present at Cloud & DC Edge on the Gold Coast on 14-16 March, which is co-organised by iTnews.

Squire said the application was re-engineered to make it ‘cloud fit’, and the team chose to utilise AWS' Lambda serverless compute to underpin it.

Unlike the traditional cloud model of paying for server instances, ‘serverless’ customers pay only for the time needed for their code to execute.

“The margin optimiser application is so well suited to cloud because it’s computationally intensive, and very bursty,” Squire said.

“The whole process only takes six minutes. It would be incredibly inefficient to have high end servers deployed for six minutes of work per day.”

Squire said the process of re-architecting the application also helped the ASX determine what else it could port to the cloud in future.

“It’s been an interesting journey from a regulatory perspective, and a very worthwhile journey too,” she said.

“We are highly regulated and cloud is sometimes a scary word, so we’ve spent a lot of time working with security and regulatory assurance at the ASX.

“We learnt a lot through the process and it was an incredibly useful - though also at times incredibly tedious - exercise. But to be successful we must get the security and compliance piece right.”

Since joining the ASX some 20 months ago, Squire has spearheaded a drive for the organisation to adopt DevOps.

This initially started within her own application development domain as a way to automate manual processes, break down siloes, encourage information sharing, and inject rigor into the workflow.

“We started by focusing on our own backyard – we had to fix some basic things,” Squire said.

“But, as you know, DevOps is not just about development.”

The application development team unintentionally became a skunkworks for DevOps. But implementing DevOps without involving the infrastructure team upfront caused some internal issues.

“At the time, I thought of it  as ‘shadow ops’,” Squire said. “But I’ve learnt some lessons from that. We raced ahead and didn’t take [the] infrastructure [team] with us on the journey.

“There were reasons why I had to do that, but it would have been better to go on the journey hand in hand with Infrastructure.”

Squire and her team kicked off “brown bag sessions” with the infrastructure team to ensure that there was better communication and stronger understanding between the two teams.

“We said ‘here’s what we’ve done. What do you think? What should we change?’" she said.

Infrastructure got involved and brought more ideas to the table. The teams are now co-locating a couple of days a week and the focus is on automation, rigor, and continual progression towards a DevOps model.

"We have built our own Docker platform and containerised the Atlassian tool stack," Squire said. "This was a great success and very leading edge.

“I think we are now working within a safe, trusting environment where we all just work in a better way."

Katherine Squire will be a speaker at Cloud & DC Edge 2017, which is being held at Royal Pines, Gold Coast, on 14-16 March 2017. The event – which is co-organised by iTnews and Adapt – will feature insights from leading cloud and data centre users and experts. You can request the agenda and purchase tickets here.