Why a new three-year NBN plan was needed 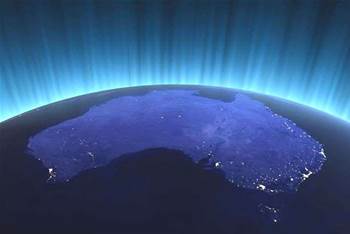 [Opinion] Why is it acceptable to invest more but get less detail?

When NBN Co culled its three-year construction plan five days before Christmas 2016, it laid down a challenge.

It’s taken the best part of two months, many late nights, a few ‘all-nighters’ and an elbow brace to ward off the onset of RSI, but it’s done: a full reconstruction of the only three-year construction plan ever published, updated and current as of now.

So why do this?

Firstly, to reinstate a base level of transparency that investors in a $49 billion-plus project might ordinarily believe they are entitled to.

NBN Co – and its government stakeholders – have spent many years slowly eroding public oversight of what remains one of Australia’s most critical technology projects.

At the same time, the public’s exposure to the financial risks of the project has never been greater.

On top of a $26.5 billion equity injection that is fast running out, NBN Co has now secured a loan of public money up to $19.5 billion to complete the project.

Though ostensibly “on commercial terms” – and, as NBN Co CEO Bill Morrow has tried to make clear, not a last-resort after failing to secure private debt facilities – doubts have already been raised about whether NBN Co will be worth enough in future to repay the loan, or whether taxpayers will be left to write it off.

Regardless, the idea that the public should invest more and get even less overall insight into how the project is tracking is confounding, at best.

NBN Co secured its government loan on November 18 last year. One month later, it decided to no longer publish a document laying out its future construction plans, incorporating updates instead into a searchable map.

An overall view of the project could no longer be ascertained. But there remains value and utility in the three-year plan format to provide this overall view, and this was a key consideration in attempting to reconstruct it.

A second reason to do this was to fact check the narrative of NBN Co’s progress.

NBN Co recently declared the network one-third built, with four million premises now able to take a service. This is largely due to FTTN, which can be deployed much faster than other technologies in the company’s multi-technology mix.

The company has also said it expects to reach the halfway point in the rollout “around the middle” of this year. Without an updated three-year plan, working out whether this is possible is difficult.

In addition, we know the rollout isn’t all smooth sailing, but this is often well-camouflaged.

There’s the issue with the poor state of the Optus HFC network, which affects around half a million premises. It was revealed via an internal leak and only confirmed late last year.

NBN Co’s decision to ditch the three-year plan raised suspicions about what an updated version might contain.

This is a strong incentive to redo the plan for 2017 and beyond, to work out whether the suspicions – and fears – are founded.

As with the one and only official three-year plan published in late 2015, the reconstructed plan represents a point-in-time snapshot of the NBN. Ours can be considered current to 2 March, 2017.