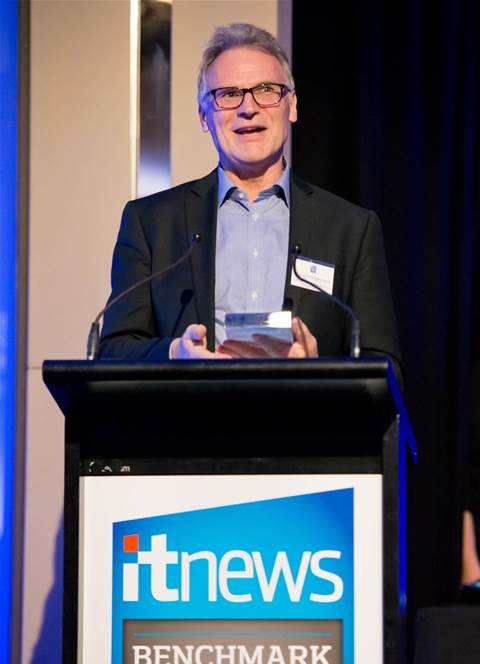 Gets the gong for digital smarts.

Hodgkinson's online housing register application is not only the first fully digital social housing form in the country, but also the first state government service to tap into the Commonwealth myGov authentication system.

The application replaces a 200-page paper form with an end-to-end digital service that is tailored to the user's circumstances.

Hodgkinson's team made user experience a big focus in its development, bringing in everyone from UX experts and testers to Vision Australia officers to make sure the solution would work for its entire user base.

The team had the smarts to leverage myGov instead of forking out big money for a separate authentication service, paving the way for a more integrated state and federal government experience for Victorians.

"The theme that reoccurs in all of these speeches is that this is a team game, and in state government and e-government service this is never more true. This app involved a very large number of people across the whole department. It was a very large undertaking," Hodgkinson said in accepting his award.

"I’m two years into this role and this for me is personally very satisfying because it is the culmination of a program of activities to transform how we do application development in the department, and is the first of a series of applications to come, so stay tuned to this channel."

Hodgkinson stood out in a highly competitive category that included, for the first time, a local government finalist. David Carroll and Adelaide City Council were recognised for the organisation's cloud migration, as was the Tasmanian Department of Education for the education information system overhaul led by Trevor Hill.