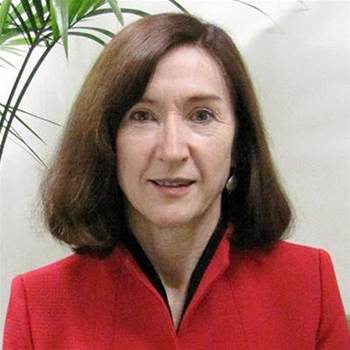 Inside the resource saga distracting from data protection.

NSW's acting privacy commissioner has accused the government of ignoring a "structural deficit" at the heart of her office that is steadily chipping away at the capacity of the privacy function.

Elizabeth Coombs has worked as the NSW privacy chief in a part-time capacity - three days a week - for the last five years.

Her term came to an end in November. The government has since decided that whoever takes on the new role - and Coombs has thrown her hat in the ring - will now be employed on a full-time basis.

But it's a small concession from a government Coombs has accused of consistently ignoring her resourcing issues.

In recognition that her time as the personal information watchdog for Australia’s biggest state could come to an end, she last year quietly penned an explanation [pdf] of the structural grief getting in the way of her statutory duties.

The privacy commissioner is employed by the NSW Information and Privacy Commission, but gets only two of the 29 positions funded for the agency, plus five temporary contractors paid for by the NSW Department of Justice.

Coombs has called this the "structural deficit" at the heart of the matter - an arrangement where her counterpart, information commissioner Elizabeth Tydd, governs resource allocation and administration in her capacity as IPC CEO.

Coombs claims this structure under the information commissioner is “effectively reducing the privacy commissioner’s role to an advisor within the commission”.

“There can be no guarantee of equality for privacy protection work in the commission when the privacy commissioner is dependent for resourcing upon the information commissioner who as CEO controls the commission’s resources," she said.

Coombs last year negotiated at least a geographic split for the privacy team, but says she can’t even get the new address and contact information put on the IPC website, causing problems for members of the public and lawyers wanting to contact her team.

She has also accused the IPC of under-reporting her team’s activity to the government by half.

“In the 2016/17 budget papers the correct figure for privacy occasions of service to agencies and the public should be 541 - twice the published figure of 260. My office did not provide these statistics nor reviewed them, nor was it consulted prior to their provision to NSW Treasury," Coombs said.

The IPC continues to refuse her access to the regulator’s case management system so she can interrogate the data herself, Coombs claims.

"As detailed in IPC annual reports, since establishment, resources have been allocated to support the delivery of all functions and services within jurisdiction," Tydd said in a statement.

She argued the IPC's structure was intended to make it a “one-stop shop” to “help ensure that agencies and individuals receive consistent information and advice, reduce ‘referral fatigue’ and coordinate training and assistance with IPC shared corporate services, resulting in operational efficiencies”.

The agency's arrangement mirrors that in the Commonwealth, Queensland, the NT, and potentially also Victoria, where legislation is currently before parliament.

The government is aware of Coombs' public complaints, but doesn’t appear prepared to deliver greater resources to the function despite a growing workload.

Her letter points out that much of her team's focus in 2015 and 2016 was directed towards the establishment of the state’s Data Analytics Centre, as well as helping the police force properly regulate its implementation of body-worn video cameras.

According to Coombs, in 2015-16 her team completed 71 percent more statutory advice files, and 11 percent more privacy investigations than the previous year.

Overall, privacy activities carried out by the office have jumped by nearly a third in five years.

NSW’s first-ever privacy commissioner, Chris Puplick, said what has happened in NSW since his term “has been scandalous”.

“In a state where the government’s intrusions on privacy are expanding, the privacy commission has been deprived of funds and deprived of the resources it needs to deliver oversight and advice,” he told iTnews.

“Past attorneys-general have not taken a proactive interest in this area."

Puplick said he holds new AG Mark Speakman “in high regard” and hopes “he will be different”.

But Speakman deferred iTnews’ questions about his privacy plans onto the Justice department.

“The NSW government will continue to provide the Information and Privacy Commission with the support it needs to deliver high levels of service to the community,” the agency said.