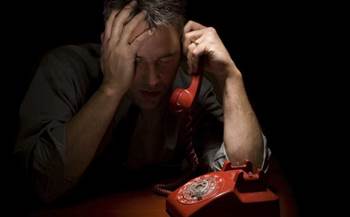 Australia’s telcos want greater influence and input into the workings of the Australian Communications Consumer Action Network (ACCAN) as well as a redirection of some of the funding it receives for industry research.

The demands come as ACCAN’s five-year funding term approaches expiry in May 2017 and the government reviews whether or not to renew the arrangement.

Major telcos including NBN Co and Optus have thrown their weight behind an at-times withering assessment of ACCAN by the Communications Alliance and Australian Mobile Telecommunications Association (AMTA). Many also filed their own submissions.

While noting there had been some recent and “genuine efforts” by ACCAN CEO Teresa Corbin “to improve constructive engagement with industry”, the Comms Alliance submission said it did not believe the efforts went far enough.

It criticised ACCAN for having “a tendency to make recommendations on issues without prior and substantive engagement or feedback from industry”.

It sought “broader input from industry representation” on the topics ACCAN chose to research, and an opportunity to address issues directly rather than see them raised in external forums.

“It’s unfortunate that some issues are raised through other fora – such as the ACMA’s consumer consultative forum (CCF) – rather than directly with industry in the first instance,” the Comms Alliance-AMTA submission said.

In the case of issues raised by ACCAN on difficulties unsubscribing from mobile premium services, Comms Alliance-AMTA said “better engagement … could have provided industry with an opportunity to address any issues without the need for further escalation".

The Comms Alliance-AMTA submission also criticised ACCAN for representing “special interest groups” rather than the interests of “mainstream consumers”.

“The inherent bias towards representation of specific interest groups has meant that minor issues/issues that impact on a very low number of consumers have received disproportionate attention based on spurious data and, in some cases, regulatory interventions that have driven up costs that affect the broader consumer base,” the Comms Alliance-AMTA alleged.

Telstra claimed in its own submission that ACCAN’s resources were too “thinly” spread to be able to “effectively capture” the views of “mainstream” consumers “by itself”.

“Carriage service providers have access to relevant current information on the needs, behaviours, and preferences for their own customers,” Telstra said.

“We suggest that the industry associations, Communications Alliance and AMTA, should take the lead in coordinating regular, structured and formal discussions with ACCAN including relevant insights from residential and small business consumers.

“This information would supplement, and not replace, the valid views of ACCAN’s membership.

“Given the availability of more comprehensive customer information, issues and views, we expect a more effective and relevant discussion on issues facing residential and small business customers.”

ACCAN refuted many of the allegations in its own submission to the process.

It said that “in reality, the majority of ACCAN’s representational work is focused on issues affecting all consumers”.

“Previously the consumer voice was fragmented and there were many overlapping forums where arguments were repeated and little progress was achieved. The quality of consumer participation prior to ACCAN’s existence was variable.

“ACCAN’s greatest success is perhaps most effectively demonstrated by how a peak body can unite and amplify consumer voices to improve access to communications in Australia.”

Several telcos and their industry representatives backed the opening of research funding allocated to ACCAN either to themselves or “other industry organisations” to fund “education” materials.

“NBN Co would welcome the use of existing funding to support the creation of service provider-neutral consumer education materials,” it said in a submission.

“The retail telecommunications market is complex, and consumers would benefit from assistance navigating the ever-increasing number of products and services available to them.”

Optus suggested the funds could be put into “specific education development projects either via the BCR [the Department of Communications’ Bureau of Communications Research] or other industry organisations".

“It is unclear whether the grants need to include a research element or could a grant be given for consumer awareness campaign?” it said.

“... Grants used to develop consumer awareness material – such as broadband education – could be of significant direct benefit to consumers and, potentially, more benefit than some of the previous research conducted.

ACCAN backed the funding of education materials but believed it should be granted as a separate, additional allocation to its existing funding.

Choice CEO Alan Kirkland backed the renewal of ACCAN’s funding and said his organisation relied on ACCAN’s expertise and research to formulate its own telco-specific policy positions.

He argued ACCAN was “stronger because it represents diverse interests and can bring many perspectives to policy debates”, countering the telcos’ view that ACCAN represents narrow interests.

Choice also said ACCAN’s research was “extremely useful”, highlighting issues “that would not otherwise be a priority for the federal government or the department”, and he cautioned giving industry too much input into its direction.

“The research program should continue to be guided by consumer needs rather than shifting external priorities,” Kirkland said.

Telecommunications Industry Ombudsman (TIO) Judi Jones said she believed “ACCAN is effectively performing its role and should be retained”.

“Our view is that ACCAN is aware of issues facing all segments of telecommunications consumers, including vulnerable consumers and those with special needs and represents all groups effectively,” Jones said.

“ACCAN provides a valuable source of advice not available generally within a public sector environment,” she said.

“I have found their perspective and advice extremely useful. I support the continuation of their functions and funding.”