Govt gets ready to dole out $50m in smart cities grants 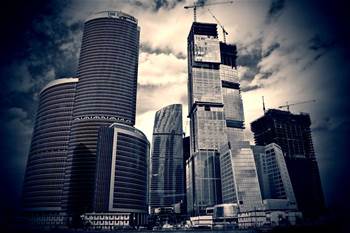 The federal government is preparing to issue its first round of multi-million dollar grants as part of a $50 million R&D program aimed at kickstarting smart cities innovation.

Assistant Minister for Cities and Digital Transformation, Angus Taylor, painted a picture of an urban future where sensor-equipped streetlights know when no-one is passing by and lower their shine, or even record the forensic characteristics of nearby gun shots for police.

“Smart cities need to take a people-first approach to designing and delivering responsive public services with the help of smart technologies,” he said.

The four-year program has been designed to improve the “liveability” of Australian cities and suburbs using technology and open data.

According to the draft grants framework, the government is looking to fund “ambitious and transformational proposals which move local government services beyond business as usual”.

“Projects that demonstrate scalability and outcomes that are transferrable with potential for broader roll out at the local level and across cities will be favoured," the framework states.

To make the cut, proposals must involve at least one local government organisation.

The first round of grants will be aimed at grabbing some quick wins, with eligible projects required to be able to start within two months of receiving the funding green light.

At least $10 million is set to be handed out in the initial round.

Individual grants will range from $100,000 to $5 million, but in order to prove their “commitment to the project” applicants are being asked to find at least half of their project funding from other sources.

Applications will formally open in the first half of 2017, but in the meantime the Department of Premier and Cabinet is inviting feedback on its proposed framework for assessing bids.

Taylor will have the final word on which projects are approved, based on the advice of the smart cities and suburbs committee.