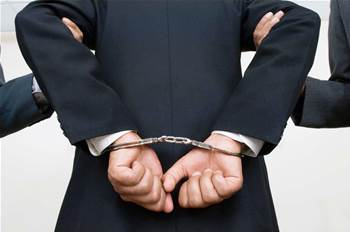 Nikulin indicted over Linkedin, Dropbox breaches in the US.

The United States and Russia have both requested the extradition of a Russian arrested in Prague and indicted in the US for hacking computers of social media companies, the Czech justice ministry said.

The ministry will review the requests for the extradition of Yevgeniy Nikulin, who a US federal grand jury said had hacked into the US-based social media companies LinkedIn, Dropbox and Formspring. The requests will then be referred to a Prague court, a spokeswoman said.

If the court determines both requests are valid, the justice minister would make the extradition decision.

Czech police detained Nikulin in October in Prague, where he remains in custody. His arrest was carried out in cooperation with the US Federal Bureau of Investigation.

A federal grand jury in Oakland, California, indicted him on Oct. 21.

LinkedIn has said the arrest was related to a 2012 breach at the social networking company that might have compromised the credentials of 100 million users, prompting it to launch a massive password reset operation.

Russia's foreign ministry has criticised the arrest, saying it showed Washington was mounting a global manhunt against Russian citizens.

The US government had accused Russia of a campaign of cyber attacks against Democratic Party organisations before the Nov. 8 presidential election. Russian President Vladimir Putin has said a hacking scandal would not be in Russia's interests.