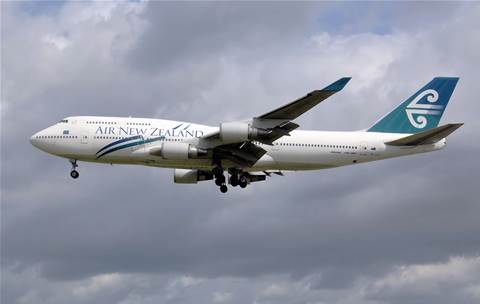 The introduction of a chief data officer served as an important catalyst for a six-month digital transformation effort that helped Air New Zealand engage its staff in a massive overhaul of internal systems.

As one of the first companies in New Zealand to appoint a CDO – Avi Golan joined in January to replace former CIO Julia Raue – Air NZ found itself “learning the opportunities for a CDO”, Robert McDonnell, the airline’s head of enterprise products, told attendees at ServiceNow’s NOWForum in Melbourne.

Those opportunities had become increasingly evident during 18 months of fact-finding by the airline’s executive, which expanded the CIO role into a CDO position to foster broader engagement within an airline that was champing at the bit of modernisation while still relying on an ageing IT environment.

“We wanted people to work in new ways, with a better and more consistent experience that would give us a way to engage everybody within Air NZ," McDonnell said.

Self service and automation were core tenets of the transformation effort, which was intended to streamline the internal administrative processes that handle the extensive documentation, ordering, and confirmation of regular maintenance work on its fleet of 103 airplanes.

Yet as the project’s scope expanded, McDonnell said, the team quickly put the brakes on to revisit its core tenets.

“It seemed like this project was going to be another IT project done to the business, and it just felt wrong," he said.

"We needed to figure out how to run a project without it feeling like a project. Projects mean money, people, time, scope, and commitment – and it can put people off guard because people get scared, stressed out, and disengaged.”

The team decided to expand the membership of its steering committee, engaging groups from Air NZ’s 12,000 staff to ensure the project would be applicable across the entire organisation.

With 60 to 70 percent of Air NZ workers considered mobile, “you begin to change your thinking about what you’re trying to do for these people, and what kinds of services and experiences you offer in trying to get this job done", McDonnell said.

"Customers are the lifeblood of our project – which makes perfect sense externally but is quite a new thing for an IT team to say.”

Agile methodologies promoted rapid iteration and development; to underscore the importance of this approach, the team reskinned its existing Assist legacy application very early on in the project – and went live with a minimum viable product that was only around 70 percent complete.

"[Users] were very, very nervous [about shipping early] but it was important as a mental leap,” McDonnell said.

The move prompted a large amount of feedback from users on everything from the functionality of the interface to the position of individual graphical elements.

“We changed the product on a daily basis and demonstrated what agile looked like,” he said.

“User testing and more audience engagement helped us give them what they wanted throughout the journey – and we ended up with happy customers ... because they had designed the app.”

The six-month project not only helped flesh out the CDO’s role and responsibilities as a change agent for internal transformation, but has fundamentally guided Air NZ’s approach to digitising internal processes.

It was documented by regular emailed updates with high-quality designs that mimicked customer sales brochures to stimulate interest amongst users. The electronic brochures also included a clickable ‘how do you feel?’ link at the bottom to quickly gauge user sentiment.

“We found that being clear in the vision was important, and we communicated that to our customers,” McDonnell said.

“We really encouraged a culture of asking ‘why?’ And I used to stress the team, and stretch the team, by telling them that if they weren’t annoying enough people they probably weren’t asking enough questions. Stretch and you’ll disrupt them – and disrupt how things are done.”