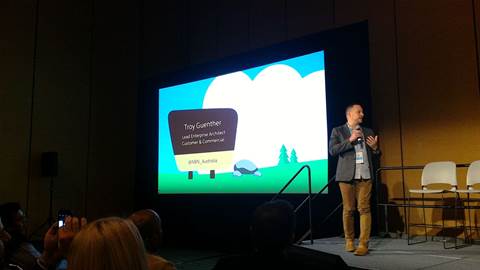 NBN Co is set to bring Salesforce to as many as six internal departments as the network builder expands its year-old deployment.

The company first brought in Salesforce’s sales cloud and service cloud products “to improve the relationship management of RSPs through the CRM platform,” a spokesperson told iTnews.

“NBN has been using Salesforce for approximately one year to support processes such as product on-boarding and to assist with the account management of RSPs to manage relationships, communication and information,” the spokesperson said.

It is now looking to expand the tool into its contact centre operations to support the management of end user queries, case management and information management.

“The platform will help with the management and resolution of various enquiries from end users related to the NBN network,” the spokesperson said.

Lead IT architect for product introduction and customer, Troy Guenther, told Salesforce’s Dreamforce conference earlier this month that even more internal uses for Salesforce were likely to emerge as teams and divisions were introduced to its capabilities.

He said NBN Co and Salesforce were jointly running sessions to introduce the platform to other teams and divisions within the network builder.

In addition, NBN Co has created a formal roadmap for where it wants to take Salesforce, which presently covers at least six different departments. Guenther acknowledged that the roadmap would be frequently changed as the project develops.

He said combining the various potential uses for Salesforce into "one cohesive package” would make internal expansion simpler.

“When you start bundling that whole holistic enterprise view together, it becomes a much easier conversation than just, ‘department X wants funding for project Y’.”