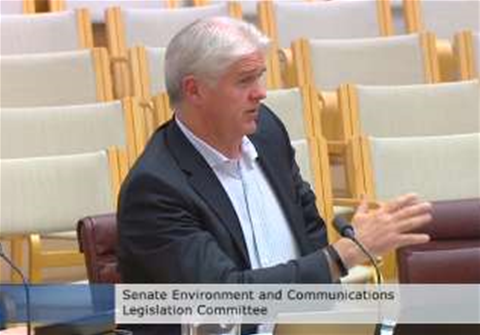 NBN Co will make more changes to its broadband pricing structure to encourage retail service providers to purchase more bandwidth, forecasting that the fees will drop by almost half in the coming years.

The long-criticised connectivity virtual circuit (CVC) charge RSPs pay for bandwidth has until recently sat at $17.50 per Mbps per month.

It ran contrary to the volume discounts on offer in the telco industry for high data usage, and resulted in lower internet speeds for end users in peak periods.

NBN Co in June therefore embarked on a two-year trial of a tiered discount model, with pricing ranging from $11.50 for the most volume purchased to $17.50 for the lowest.

While the changes were tentatively welcomed by NBN resellers, the network builder's decision to base its new fee structure on average usage across the industry was not well received.

RSPs claimed the model would "hamstring" some resellers by judging them on what others in the industry were doing.

At the time NBN Co said it would look at moving to a tailored model - where an RSP's purchased bandwidth is divided by its number of customers to find its average - down the track.

He said the model would allow RSPs to further differentiate their products and offer customers lower prices for more data use.

NBN Co is forecasting CVC pricing will drop to near $10 per unit as data usage increases over the network, Morrow said - a fall of 42 percent on the previous $17.50 charge.