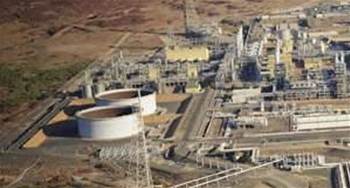 Network to cover all LNG trains next year.

Woodside Energy has established a joint taskforce with the CSIRO to find ways to bring “low-cost wireless” connectivity to its gas operations.

The liquefied natural gas producer said it has been piloting wi-fi technology attached to light poles on two LNG trains at its Karratha Gas Plant in north-west Western Australia.

Woodside said it had fitted the wi-fi network to poles on LNG trains four and five.

The wi-fi network it has deployed at Karratha is used for monitoring and surveillance of plant equipment.

The Karratha plant is also the site of a major sensor intelligence project; it is likely the two projects – sensor and wi-fi - are related.

Woodside has never previously discussed how data from the plant’s 200,000 sensors is collected and aggregated for analysis, but it appears that it is enabled by the wi-fi.

One of the earliest sensor-based projects at the plant was revealed in April to be around improving the safety of the acid gas removal unit (AGRU).

Further suggesting the tie-in with the sensors, Lewis said the wi-fi network “will be able to help surveillance and system engineers in their troubleshooting by monitoring more accurately and quickly pressure, temperature, corrosion and the like".

“The challenge now is to identify where wireless connectivity can bring benefits,” he said.

Based on the success on trains four and five, Woodside said it would expand the wi-fi network to cover all LNG trains on the Burrup Peninsula – the site of the Karratha gas processing facilities – from now through until the end of 2017.

“We see a future where our operators, maintainers, engineers, workforce and our assets are more productive through the deployment of wireless technology across site,” Karratha Gas Plant asset manager Steve Trench said.

Woodside isn’t the only resources company to benefit from wireless technology.

Many large miners, particularly those that have introduced automated equipment, have deployed wireless mesh networks covering their sites to enable the advanced technology systems to function.