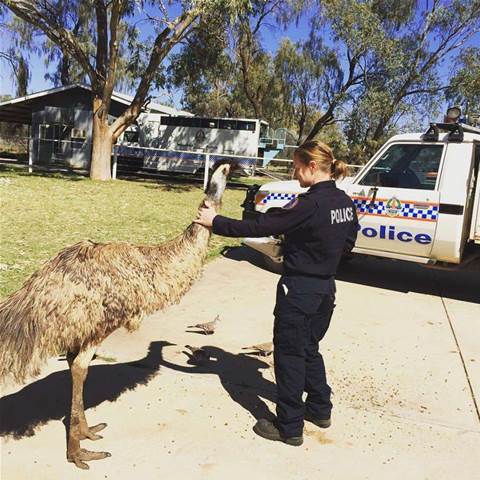 Officers in Darwin, Alice Springs, Tennant Creek and Katherine will receive the cameras, following trials of the technology in the NT police that date back to New Years’ 2014.

The force’s CIO, John Labou, told his peers back in March that he was in talks with the NSW Police about the possibility of piggybacking off its body worn video (BWV) camera support deal, because he feared the 1200 strong NT Police wouldn’t have the scale or negotiating power to secure a value-for money solution on its own.

It is not known whether this deal went ahead.

Gunner said “the use of BWV helps provide a neutral, independent observation of events in the field and at crime scenes which will assist NT Police in documenting the facts and preserving crucial evidence, which in turn will aid in legal proceedings”.

Acting assistant commissioner Kate Vanderlaan explained that “it is anticipated that using BWV technology as an additional method of capturing evidence will see officers spending less time writing statements and completing paperwork at the station, and more time out patrolling and responding to incidents in our community.”

The cameras will boast a number of standard features already enjoyed by other police forces, like a buffering function that will automatically record the previous 30 seconds from the moment recording is activated, 72 hours storage, and a 12 hour battery life.

The NT Police has said that anyone who may have been recorded by police on one of the cameras will have the option to review the footage.

Queensland is leading the body worn video charge in Australia, having already funded 2700 devices for its police force, which will be targeted at crime hotspots, and adopting tough rules about when officers will be expected to switch them on.

Nearly all other Australian states are trialing or considering the technology.