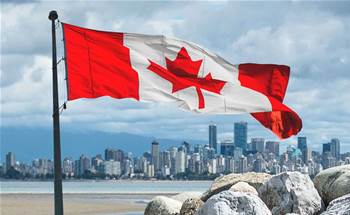 The Canadian government is furiously working to repair an off-the-shelf payroll system delivered by IBM after 80,000 public servants missed out on all or part of their salary following its February go-live.

In a saga that will be familiar to Australian IT watchers, Canada switched on the C$180 million (A$182 million) ‘Phoenix’ payroll system earlier this year, only for it to falter when paying fringe, overtime or new payments to nearly a third of the country’s 300,000-strong public service.

Overnight, Canada’s deputy minister for public services and procurement, Marie Lemay, conceded that the cost of patching up the system and sorting out under and overpaid wages will eclipse the C$70 million savings target for the Phoenix system’s first year of operation.

The government has been forced to employ around 400 more payroll support staff than anticipated, adding to the approximately C$20 million it will cost to remediate the underlying technology.

It has allocated 250 staff in its central office to tackle the backlog of payment errors, with another 216 employed in satellite offices across the country to fix Phoenix mistakes and handle the 1200 calls the government is receiving each day over the pay issues.

The one-off costs for the current year will reach C$50 million.

“This essentially means that for this year, we will not see the full C$70 million savings we anticipated to see on a yearly basis as a result of our pay transformation initiative," Lemay said in a statement.

“I'm confident we will see savings in future years, but for now, our focus is on getting the pay system right and getting money flowing to employees."

She said 293,000 workers were successfully paid on Wednesday Canadian time, but conceded the situation was “unacceptable”. The government has promised to have the backlog and issues resolved by October 31.

The implementation of a centralised payroll system was initiated in 2011 in an effort to slim the 2400-odd payroll officers required to process salaries from region to region.

To date, the government has remained diplomatic towards IBM’s role in the implementation saga, in contrast to the Queensland government which opted to take the IT giant to court for compensation, claiming it was misled about Big Blue’s capabilities in the tendering stages of the project.