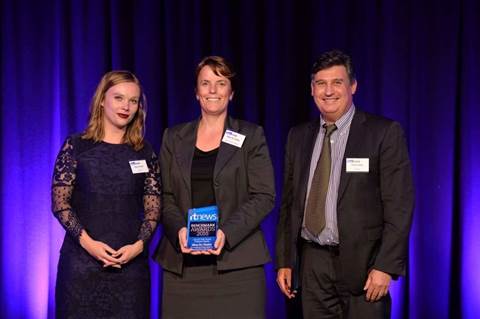 Award-winning IT leader Nina Du Thaler is wrapping up her duties as chief information officer at Queensland Urban Utilities this week, after accepting a new role heading up technology at Uniting Care QLD.

The IT leader will take over as the health and care provider’s group executive of digital and technology from September 19.

One of the main challenges facing Du Thaler in the new role will be the technology changes associated with the introduction of the federal government’s national disability insurance scheme.

Uniting Care QLD created the position as part of a major organisational restructure earlier this year and in response to increasing competition from for-profit providers, cost pressures, contestability of government contracts, the NDIS introduction, and government funding policy changes, it said.

Du Thaler joined QUU in March 2012, having previously been a CIO at Allconnex Water. She has also served in senior IT roles at Queensland Police, QUT, the Department of Emergency Services and Gold Coast City Council.

A major achievement for Du Thaler at QUU was the implementation of a geospatial integration project called Q-Hubs, which won the Utilities/Media category at the iTnews Benchmark Awards.

The Q-Hubs system gives QUU’s head office a single holistic visualisation of all its operations, drawing from numerous underlying IT systems, in real-time.

“QUU has been a great place to work and I believe I have achieved many great outcomes in my time here including cultural change, standing up program and project management capability, maturity increases and delivery of the strategic ICT vision and roadmap,” Du Thaler told iTnews.

“However, I am looking forward to a new adventure in a new industry with UCQ. UCQ has a number of challenges, including the introduction of the [NDIS].”

While iTnews understands QUU has already selected a new CIO, a spokesperson for the utility said it was not ready to officially announce the appointment.

“As CIO, Du Thaler made a significant contribution to the transformation of Queensland Urban Utilities’ operations through innovative application of both information technology and information management solutions,” a QUU spokesperson said.

“We thank Du Thaler for her significant contribution over the last four years and wish her all the best for her future endeavours.”

Du Thaler’s move follows a string of high-profile IT management appointments and departures in the utility sector so far this year, including at the likes of Aurora Energy, TransGrid, CitiPower, AGL Energy, Melbourne Water and Sydney Water.