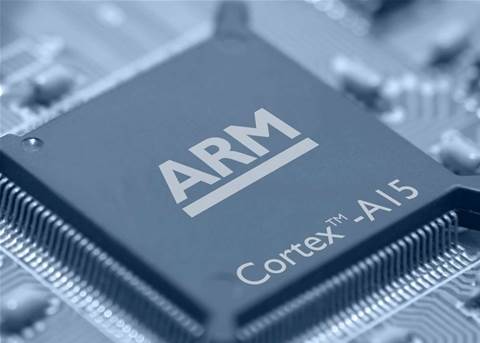 Chip designer to break out of mobile space.

British processor designer ARM is looking to expand its reach into the science and research market, with a new scalable vector extension (SVE) feature designed specifically for supercomputers.

Up until now ARM has been the favoured processor architecture for low-power mobile devices, but has recently started to push into the general purpose and high performance computing space dominated by Intel and AMD, with its scalable multi-core designs.

SVE updates the company's ARMv8-A architecture, but does not replace the NEON simple instructions, multiple data (SIMD) feature that was introduced over a decade ago, the company's technical fellow Nigel Stephens said.

While NEON is aimed at general-purpose computing, SVE has been specifically developed for vectorisation or operations on one-dimensional data arrays.

The new SVE, plus an improved capability to execute programs in parallel, targets the updated processor architectures towards the kinds of exascale supercomputers increasingly used in geology, astronomy, quantum physics and pharmaceuticals.

ARM has implemented SVE with a variable vector length, from 128 to 2048 bits per register, allowing processor designers to adapt this to their intended application and market.

The move has already gained some momentum with ARM's lead silicon partner for SVE, Fujitsu, planning to switch away from the SPARC reduced instruction set processors it currently uses in its Riken K supercomputers, to ARM chips, for its Post-K 2020 flagship project.

Behind the scenes, ARM is in the process of being bought by Japanese multinational Softbank, in a deal expected to be worth $40.8 billion.