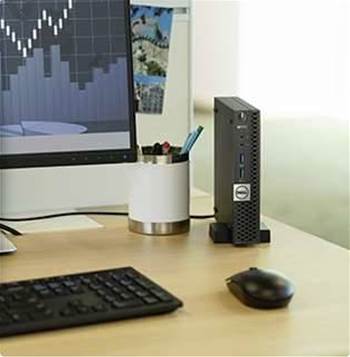 The Department of Defence will deploy 100,000 Dell thin clients over the next two years under a $74.4 million deal signed as part of its mammoth next-generation desktop overhaul.

The department quietly confirmed the deal in a contract notice earlier this month.

It’s the latest piece of work to be awarded under Defence’s revamped NGD project, which was reworked earlier this year into bundles of work rather than a monolithic package handed to a single systems integrator.

The new approach has seen IBM, Accenture, HP, Lockheed Martin and PriceWaterhouseCoopers ink key contracts under the NGD, with Defence itself acting as the project manager.

Defence has been silent on the specific work packages each will undertake. Contract notices reveal Lockheed Martin was given $148 million for its slice of the project, Accenture was handed $90 million, and HP awarded $42 million. Fujitsu also won a smaller $9 million piece of work.

The department has a budget of $500 million over the next ten years to complete the project.

Dell’s new $74.4 million deal will involve the rollout of around 100,000 Wyse thin clients running both Windows 7 and Windows 10.

Delivery of the machines will mean Defence staff no longer need to run separate PCs to access the department's ‘restricted’ and ‘secret’ networks; instead they will be able to tap into both from the same screen.

Defence originally planned to to deliver its thin client environment in partnership with Thales, but the effort was canned after a 2012 pilot of 1200 seats fell over due to an ill-defined tender, technical difficulties with Defence’s massive applications environment, and under-appreciation of costs, insiders have told iTnews.

Accenture’s $90 million contract for its NGD bundle specified hardware as part of the work package, but Defence said the integrator was not supplying any hardware under the deal. It declined to provide any further detail.