Where has the govt's $128m data retention funding gone? 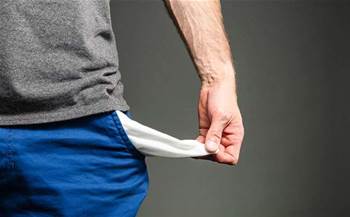 Australia's telecommunications providers are still waiting with hands outstretched for a slice of $128.4 million needed to ensure their compliance with data retention legislation that came into effect almost a year ago.

The federal government opened applications for chunks of the $128.4 million in January this year, and closed entries on February 23.

But over five months later, not one of those applying for the cash has any government money in its pockets.

The data retention legislation, passed last August and operational from last October, requires telcos to store the non-content data, or metadata, of all their local users for two years for law enforcement purposes.

The majority of those required to comply with the scheme applied for an extension or exemption through a data retention implementation plan (DRIP), a document outlining plans for future compliance, meaning many were given an extra 18 months - until next April - to comply.

But with the clock steadily ticking down, many telcos and carriage service providers are feeling the heat knowing the compliance deadline is approaching but the funds to enable it are not yet forthcoming.

Head of industry body the Communications Alliance, John Stanton, has said telcos therefore don't know how much they will have to stump up towards the costs of the scheme.

“Many service providers – particularly smaller operators - have told us that they are doing very little or nothing to build their compliance capabilities at the moment," Stanton said in April.

“Who can blame them – if they start investing in new systems now, without knowing how much of that investment will remain unfunded once the subsidies arrive, they are putting themselves at risk of bankruptcy.”

The delay has been caused by the need to determine each applicant's funding for eligibility - a process which was only completed during the recent federal election campaign, iTnews understands. It is understood 210 applications were made for grants.

Only those with approved - or substantially approved - DRIPs are eligible for funding. Telcos are not able to review a decision on funding amount or eligibility. As as the end of April, 347 providers had applied for DRIPs, with 155 approved.

With that effort now complete, telcos are impatiently for the second last step in the process - having the Attorney-General sign off on a PwC-developed funding model for distribution of the funds.

The model determines what each applicant will get based on the size and complexity of the provider, what the applicant is requesting and how that compares to other applicants, and whether the required amount is a good use of funds, among other factors.

It is intended to ensure fairness in the distribution of the $128.4 million.

Once that signature has been received, the department will then need to cement a grant agreement with each of the individual applicants.

Only once those agreements have been signed will the money be handed out.

Successful applicants will receive half the cash upfront, and the remainder when they have been their compliance obligations.

The department did not respond to request for detail on when it expects each step of the process to occur, and when telcos are likely to receive their funding, by the time of publication.

Update: The Attorney-General's Department said the "high number of complex applications" it received to the grants program, as well as the caretaker period in the lead-up to the election, had contributed to the fuinding delay.

It declined to provide a timeline for when the money would be handed out, saying only it expected applicants would likely be advised "in the near future".