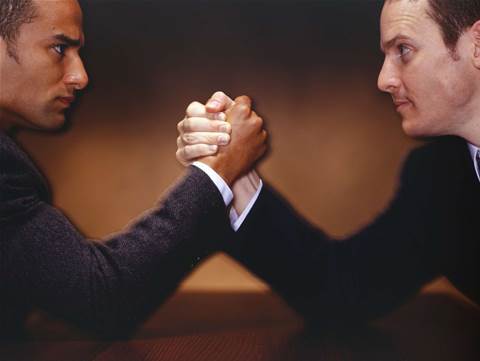 Panel of systems integrators to battle it out for work.

The Department of Human Services has made it abundantly clear to systems integrators bidding for work on its billion-dollar WPIT program that it will not tolerate underperformance, and is willing to deny work to anyone not pulling their weight.

It opened bids yesterday for the biggest component of its welfare payments infrastructure transformation - a job it acknowledges “will not be easy due to the scale, scope, complexity and timeframe of the WPIT program”.

The IT it is trying to replace processes up to 1000 transactions per second in a normal day, and supports 15,000 concurrent users with 3200 different system interfaces. Since it was built in 1984 the database has collected 32.5 million customer records with an average of 32,000 fields each, 30 million lines of code, and 160 TB of data.

Years of policy changes and “grandfathering” clauses which mean reforms aren’t applied retrospectively has resulted in eligibility for some payments being calculated based on upwards of 100 business rules.

Desperate to dodge what could easily become a catastrophic project failure, the DHS has put forward a tough-as-nails contracting schedule that demands vendors have skin in the game before they can win a slice of the most lucrative IT program in town.

Instead of handing the systems integration for the SAP-based solution to a single provider, the department plans to stand up a panel of a maximum six contractors who will compete to win each stage of the five-tranche project.

DHS said winning one stage would be no guarantee of further work down the line, and warned that some of the six panellists might not receive a single dollar from the deal.

The structure means underperforming integrators will be unlikely to make the shortlist for future work orders.

The DHS has also raised the spectre of shared incentives to ensure it gets the best possible resources from its vendors.

It is yet to make a final decision on specifics, but flagged an increase in base fees as a reward for excellent performance scores, balanced by reduced base fees for low performance.

“...under each work order it is likely that fees will only be paid if specified milestones are met," the department warned.

“There may also be liquidated damages payable for late delivery, and other remedies available to the department for poor performance."

Bidders will also have to stump up their own money and resources to to get a foot in the door.

“The contractual arrangements are likely to require SI panel members to accept significant financial risk,” it warned. The department is only inviting bids from from organisations that have the depth to commit “significant financial and human resources” over the full five to seven years the project is estimated to take.

It cautioned that contractors will only be paid once milestones are successfully passed  - meaning systems integrators could have to fund a significant commitment of resources for some time before they receive their first dollar.

Key executives from the successful panellists will also be expected to commit face time to the department, especially if any disputes arise.

The DHS has also made it clear that panellists will not be paid for any work they put into the “competitive dialogue” phase that will result in integrators being picked for each different tranche of work.

The approach to market forms a critical stage of tranche one of WPIT, which is backed by $60.5 million from the 2014-15 budget. This first stage will be complete when the panel is formed and one member has been picked to kick off work in tranche two.

The remainder of the work will see payments migrated to the new systems bundle-by-bundle: