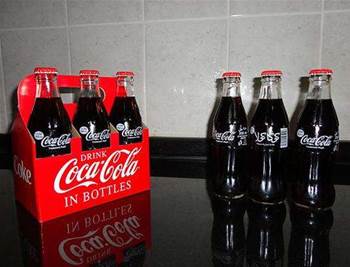 Australia-wide strategy to be developed.

Coca-Cola Amatil is set to expand its use of industrial automation at its beverage manufacturing and warehouse sites across Australia.

The bottler and distributor is in the early stages of appointing an engineer to lead “the development and implementation of a national strategy, covering industrial automation and electrical systems”.

A CCA spokesperson did not respond to requests for comment.

The engineer will scope projects with input from CCA’s IT, engineering, and operations teams “with a view to optimising technology investments in plant and equipment.”

Part of this will involve working out whether there is a commercial benefit in switching to newer technologies versus “maintaining current equipment” at CCA’s sites.

Projects are expected to cover potential upgrades of industrial networking and security systems, as well as more typical industrial systems such as SCADA and PLC.

The industrial automation lead will be based at CCA’s manufacturing site in Richlands, Queensland.

CCA already has extensive automated systems in its NSW warehouses at Northmead and Eastern Creek, both in Sydney’s west.

Those systems were brought in under the $180 million Project Jupiter supply chain remodelling works several years ago; however the project only focused on NSW rather than nationally.

In the case of the Northmead warehouse, the systems were aimed at “eliminating any handling of full pallets from production to order fulfilment”, while at Eastern Creek, automated systems unload product from trucks and algorithms help pickers fulfil orders.

More recently, CCA has focused on back-office automation in its NSW and Victorian operations under a three-year plan to find $100 million in savings that can instead fund marketing and innovation.

CCA chairman David Gonski told the company’s AGM in May that 2015 savings had been ploughed back into unspecified “supply chain optimisation” projects as well as “back-office automation” and “sales technology innovations”.