Australia gets its first cyber minister 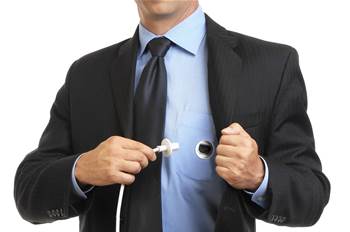 Former diplomat to take on defence of electronic borders.

Prime Minister Malcolm Turnbull has fulfilled his promise to create a dedicated infosec portfolio within his new ministry, today naming Dan Tehan as the Commonwealth's inaugural Minister Assisting the PM for Cyber Security.

The new role was first flagged in April, as a key action of a long-awaited revised national cyber security strategy.

Tehan, who was re-elected to the Victorian seat of Wannon in the recent federal election, has served as Veteran’s Affairs Minister, Defence Materiel Minister, and Minister Assisting the PM for the Centenary of the ANZAC since the last front bench reshuffle in February.

The 48-year-old now adds the cyber portfolio - as well as the Defence Personnel ministry - to his list of responsibilities.

Tehan's background is in foreign affairs and diplomacy. The new cyber minister has a Masters Degree in international relations and spent a number of years working for the Department of Foreign Affairs and Trade, including a posting to the Australian embassy in Mexico.

He followed this diplomatic career with a number of political staffer roles in Canberra, before being elected to the House of Representatives in 2010.

Turnbull also reworked the industry, innovation and science portfolio previously held by Christopher Pyne in his cabinet reshuffle today, shifting it across to former environment minister Greg Hunt. Pyne has been given the new role of defence industry minister.

The PM did not name a replacement for outgoing MP Wyatt Roy in his role as Assistant Minister for Innovation, after the young parliamentarian lost his seat in the July national poll.