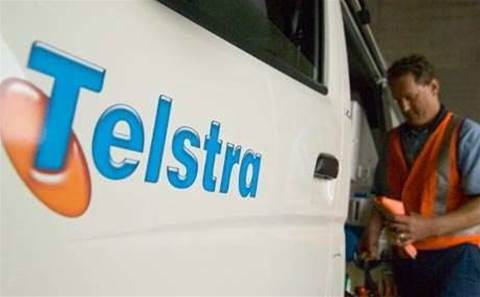 Telstra has suffered the latest in what has become an embarrassing string of outages on its network, with business fibre links going down across Victoria.

The latest issues couldn't have come at a worse time for the telco, just one day after the carrier pledged to spend $250 million on its network over the next 6 to 12 months to prevent this kind of issue.

A Telstra spokesperson advised it was fixed by 8:30 pm and said "we are working with customers to confirm that their services are up and running".

Earlier the telco had advised the issues were down to "a fault that has overloaded traffic in part of our enterprise IP network in Victoria".

The issue looks to have affected enterprises with fibre links to a number of major data centres, including NextDC in Melbourne.

ME Bank’s online banking services went down, although its main website was not affected.

Sensis advised that all inbound calls to its call centre were unavailable, with some Yellow Pages and White Pages customers unable to access their accounts online.

A Jetstar spokesperson confirmed it had “experienced some minor delays” as a result of the outage's impact on check-in systems at Melbourne Airport.

“Our airport team is working hard to get customers on their way as quickly as possible with iPad and manual check-in procedures. We’re working closely with Telstra to get our systems back up and running,” the Jetstar spokesperson said.

Jetstar said its systems were back online at 4:30pm and it was working to resume normal operations.

iTnews understands faults with a number of NAB’s services throughout the afternoon were also connected to Telstra’s network troubles.

“This afternoon we’ve experienced difficulties with internet banking, telephone banking and our contact centre. We’re working with our suppliers to restore services as soon as possible. We apologise for any inconvenience caused to customers," an NAB spokesperson said.

Public Transport Victoria confirmed its website and call centre for the Myki ticketing system went down as a result of the outage, although customers were still able to top up their cards at vending machines, stations and retailers.

@jeecomps our website can’t be accessed at the moment as Telstra is having some service issues. Hopefully well be back soon.

Unfortunately, our phones and website are temporarily down, while waiting on Telstra please leave us an email reservations@grayline.com.au

@KangaStorm Hey Matty, sorry for the downtime. Our services are affected by a Telstra outage. Will keep u posted here. Bec

(1/3) IMPORTANT NOTICE: Due to a Telstra outage, all in-bound calls to the Sensis call centre are unavailable.

Unplanned service interruption updated at 4:43PM. *The faults with our service provider, Telstra who're working on a resolution.

A Telstra spokesperson originally advised it was aware of the issues and was investigating the matter.

“We’re aware of an issue impacting some business and enterprise customers in Victoria. We are investigating the cause and working to restore services as soon as possible,” they said.

The outage is the latest in a string of network issues to plague the Telstra network, with the most recent in May leaving some NBN and ADSL customers offline for as long as four days.