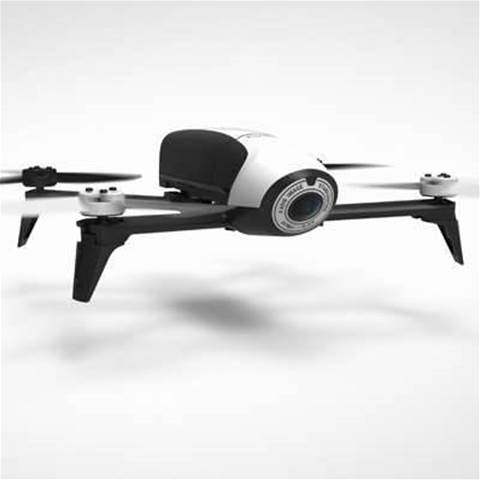 But Amazon, Google schemes still out in the cold.

The US government unveiled landmark rules overnight that will open the skies for low-level small drones for education, research and routine commercial use, without the need for an operator to obtain a full pilot's licence.

Under the new rules, drone flights will be approved for agriculture, research and development, educational and academic use, and powerline, pipeline and antenna inspections. They will also be approved for aiding rescue operations, bridge inspections, aerial photography and wildlife nesting area evaluations.

The rules, which will take effect in late August, will allow drones that weigh less than 25 kg and fly up to 400 feet (122 m) high and 100 miles per hour (161 km per hour) to fly, but only within sight of an operator and not over people.

Drones will not be allowed to fly at night unless they have special lighting and must stay at least 8 km from airports.

Operators must be at least 16 and will need to get a specific remote pilot certificate - rather than a pilot's licence. They also must report to the FAA on any drone incident that results in serious injuries or property damage.

"As this new technology continues to grow and develop, we want to make sure we strike the right balance between innovation and safety," Transportation Secretary Anthony Foxx said on a call with reporters.

"We need to be looking at how we can safely integrate drones into American airspace, both right now and for the future. That said, we still lag behind many other countries in adopting this technology."

The detailed rules are laid out in a 642-page regulation. But drone flights will still remain banned in Washington, DC, because of security restrictions imposed by Congress.

The White House noted that the US Interior Department has used unmanned aircraft systems since 2009 in conducting wildlife and vegetation surveys to protect endangered populations and wildfire management.

The FAA in December announced rules requiring registration of drones weighing more than 250 grams and less than 25 kg, including payloads such as on-board cameras.

However the use of drones for deliveries from companies like Amazon and Alphabet will still require separate regulation.

The head of the US Federal Aviation Administration, Michael Huerta, declined to offer a timetable on when the separate rules for deliveries would be written.

Both Amazon and Google have said they plan to start using drones to deliver goods ordered online by 2017.