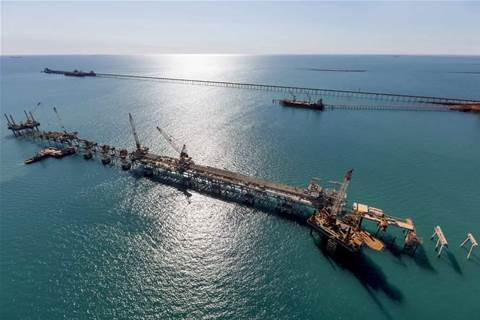 Wonderware is a Schneider Electric-owned provider of software used by companies to control, operate, and manage industrial systems and the data they produce.

The advertisements indicate a team of 10 engineers is being assembled to revamp East Intercourse Island’s HMI and task management systems.

Both its Cape Lambert A and B port facilities already run the Wonderware system, which is understood to be the technology vehicle for implementing a set of HMI port standards developed by Rio Tinto.

This latest project will extend the system to East Intercourse Island, one of its two Dampier ports.

Its other Dampier-based port - Parker Point - presently does not run the Wonderware system, however it is understood to be in line for upgrade once the East Intercourse Island project is complete.

The influence of Rio's HMI standards is also being felt outside of the Australian iron ore operations where they were developed.

An unlisted video shows the standards and the Wonderware system were recently applied to a process control systems upgrade at Rio Tinto’s Richards Bay Minerals subsidiary in South Africa.

“At Rio Tinto, the iron ore operations in Australia have been developing standards. We’ve engaged the Australian team … to look at the standards and see how we can adapt it into our environment,” Rio Tinto’s head of department for process control systems (PCS), PCS IT infrastructure and advance control systems Vinesh Baran said in the 2015 video.

“One of the things we’ve learned from the iron ore operations was the standards were designed in a Wonderware platform and it could easily be deployed into our operations, and it was designed using the best practice standard.

“We wanted to ensure that what Rio Tinto Iron Ore is doing – or Rio Tinto as a whole in the global space - [was] to standardise to the same platform, symbols and graphics, look and feel.”

“The trends that are currently driving the needs of industrial HMI application design are larger systems, greater volumes of data, increased levels of automation, staffing proficiency issues, and expanded use of remote operations,” Schneider said in a white paper.

“Each of these industry trends poses new challenges that can severely impact the ability for an operations team to achieve optimal business performance of their systems and safe operations.”