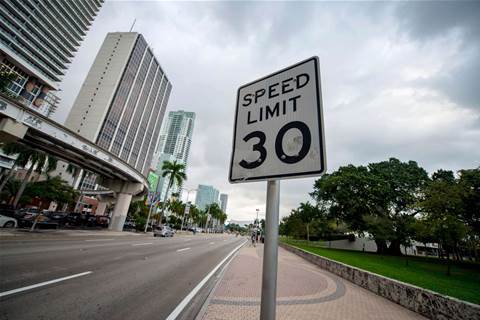 The Queensland government’s workload of IT projects has slowed significantly as major initiatives like the government wireless network and 1 William Street fitout draw to a close.

Budget papers, handed down today, reveal that the completion of major infrastructure initiatives worth hundreds of millions of dollars will affect the size of operations at the state’s peak tech agency, the Department of Science, IT and Innovation.

DSITI will see its annual work program and average staffing decline after 2016-17, now that it is no longer overseeing the completion of the $457 million emergency services GWN and the modern network fit-out of the new government premises at 1 William Street in Brisbane.

The department’s total spending output is anticipated to continue to drop year on year across the forward estimates to 2020.

Total DSITI staffing is set to decline by about 30 workers across its workforce of 1391 in the coming year, a downward trend it has also attributed to the end of GWN and 1 William Street projects.

The close of the big programs has been only partially offset by a handful of new IT initiatives that the IT agency will run on behalf of the state.

The budget includes an $11 million whole-of-government cyber security strategy, to be based around the establishment of a dedicated infosec capability within the government. The new unit was announced back in February, and the funding will go towards the $12.5 million over four years it is anticipated to cost.

The state government will sink another $14.1 million into replacing the telephony system at its Smart Service Queensland contact centre; $15 million to improve mobile phone coverage in the state; and top up funding of $10.9 million into its ‘one-stop-shop’ streamlined customer service program.

The budget has also propped up a handful of tech projects in the state’s other agencies.

The Office of State Revenue will spend $12.4 million on a Brisbane-based cloud-hosted replacement for its suite of revenue management systems.

It hopes the project will start to pay for itself by 2019-20 thanks to a reduced reliance on contractors currently required to support its end-of-life solution.

The government has set aside $10.8 million to pay for a new case management system at the Department of Communities, Child Safety and Disability Services, out of a $198 million package to address family violence in the state.

Another early instalment of $200,000 will pay for an investigation into the “technological options” available to allow the department to keep tabs of high-risk perpetrators of domestic abuse.

The state will spend another $5.1 million to add GIS visualisation capabilities to its ankle bracelet-based sex offender GPS monitoring system.

The Crime and Corruption Commission secured $4.3 million to replace its own case management system.