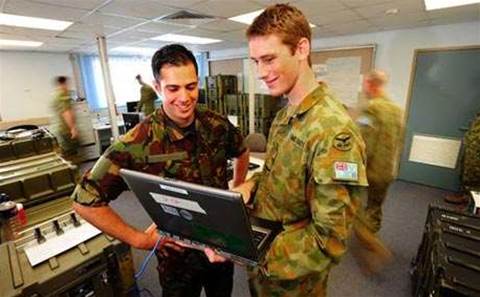 Exclusive: Appoints itself as systems integrator.

The Defence department has dramatically reworked its massive next-generation desktop project by reversing plans to hand the work to a single systems integrator and instead splitting it into smaller bundles.

Defence has spent the past six years working to modernise its desktop environment to eliminate the need for staff to run separate PCs to connect to different networks, and to better support the delivery of its future technology vision.

It partnered with Thales in 2012 for a 1200-seat pilot of its proposed new model, but the project failed to progress due to what Defence insiders have called an ill-defined tender for the works, as well as an underestimation of the funds needed to complete the project.

The initiative includes the rollout of thin client desktops across the organisation’s 116,000 seats so staff can access both the ‘secret’ and ‘restricted’ networks from the same screen. It also involves an upgrade to Windows 7 and Office 2010.

Defence originally took the contract to the five suppliers on its exclusive AMSPA panel, asking Accenture, CSC, IBM, HP and BAE Systems to make their case for becoming the lead contractor for the desktop overhaul.

However, iTnews understands the suppliers baulked at the risk the massive project posed, and Defence was unable to appoint a single systems integrator that it deemed represented value for money.

This meant the agency was forced to rethink its approach to the project and come up with a proposal whereby it would act as project manager, while suppliers took over separate slices of the work.

IBM, Accenture, HP, Fujitsu, Lockheed Martin and PriceWaterhouseCoopers have now been tasked with delivering work packages that play to their particular strengths.

Defence declined to specify the work each would be undertaking.

“Service providers have been identified to deliver components of the project, based on demonstrated experience and record of success in the delivery of relevant initiatives in the Defence environment," a spokesperson said.

It also declined to provide the overall cost of the project or individual contract values. The department was allocated $500 million over the next ten years in the federal government’s whitepaper for the effort.

However, according to the government's tendering website, Lockheed Martin has been awarded a $148 million contract for its work on the end user computing deal.

Accenture has secured a $90 million arrangement, and Fujitsu was given $9 million for its work. HP was handed a $42 million contract. All contracts run for two years.

The department also refused to detail the technology it had selected for the new environment.

It said only that it would include a “mixture of traditional thick client, thin client and mobility solutions” along with a “contemporary desktop operating system and office productivity suite”. The department had previously signalled a plan to upgrade to Windows 7.