Has virtualisation reached its peak in Australia? 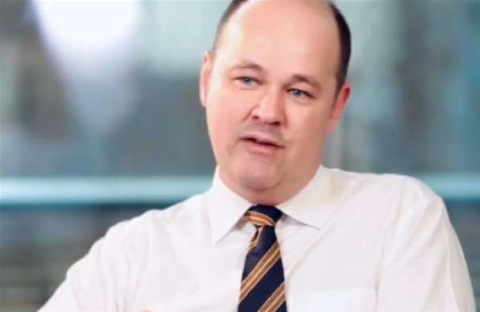 Server virtualisation has been the toast of the IT world for 15 years, but there are signs that a growing number of enterprises are done virtualising.

Following a Gartner warning that the virtualisation market is reaching its peak, we canvassed local CIOs about the issue. The general consensus was that the function has become commoditised and they are now looking at new ways to manage, optimise and automate their environments.

The warning was a key theme at last week's Gartner IT Infrastructure, Operations & Data Centre Summit in Sydney.

With Australia widely recognised as being among the world’s most mature server virtualisation markets, Gartner research director Michael Warrilow noted a decline in new virtualisation licences nationally for the first time since the technology hit the mainstream.

He warned that large enterprises were saturated with virtualisation and shifting to maintenance licensing. On average, he said, 75 percent of x86 server OS instances were virtual in 2015.

Taking in less mature markets, Gartner’s global prediction for the x86 server virtualisation market is a compound annual growth rate of just 6.1 percent through to 2019.

New licences for VMware – the x86 server virtualisation market leader, with Microsoft’s Hyper-V a distant second – have declined as a percentage of total market revenue from nearly 70 percent in 2006 to less than 40 percent this year, and are forecast to be barely 30 percent by 2020.

Warrilow said th forecasts were validated in a roundtable of enterprise users at last week’s summit. The session was about "what they had left to do with virtualisation, which was largely nothing,” he told iTnews.

“They’re pretty much done. It has become quite a mature market very quickly, and VMware is running out of people to sell to.”

The National Blood Authority has invested heavily in virtualisation as part of its efforts to improve its BloodNet nationwide infrastructure.

However, the organisation is now pulling back its use of the technology as it invests in tools for better managing its environment, according to CIO Peter O'Halloran.

“Broadly speaking, our infrastructure will serve us comfortably for the next two to three years,” he said.

“We're still continuing to become more efficient and to rationalise servers – when you virtualise everyone wants a server for every function, and you pull back – but we have a lot of capacity there.”

Mortgage broker service provider Connective has been equally enthusiastic in its adoption of virtualisation and recently shifted to a 4.75TB all flash-RAM storage area network to dramatically boost the performance of its Hyper-V virtual server environment.

The company is looking forward to new growth on the back of this infrastructure, according to CIO Jonathan Meadows, but it's all set for virtualisation capacity for now.

“We're probably 98.5 percent virtualised,” he told iTnews. Virtualisation purchasing “has levelled off, and we're not looking at more now”.

“The only thing we’re starting to look at is a way to look after our business continuity a bit better because running from Azure doesn’t give us the throughput we need," Meadows said.

“[Virtualisation] has opened up a few doors for us and we need something that can keep up with the rate of business change.”

In their search for new ways to optimise environments, CIOs are considering technologies like containers, hyperconvergence and, of course, cloud.

The National Blood Authority’s next inflection point will be in five to six years when “some of the infrastructure will start to be ageing,” O'Halloran said.

“At that point we’ll be looking to decide whether private cloud or hybrid cloud is the way to go,” he said.

“Whereas in the past moving to the cloud would have been this massive task for us, now it just takes a high-speed connection to the cloud and we can use hypervisors to move the VMs from the infrastructure to the cloud, or vice versa.”

The use of containers continues to gain momentum in the cloud, and this appears to be filtering down to virtualised servers.

“Developers love the speed of the container type of idea, because they can spin up and spin down containers in seconds,” Gartner's Warrilow said.

“They're more lightweight to spin around, and as a lighter form of abstraction they will support some of those cloud use cases.”

Both VMware and Hyper-V support the use of virtual containers that run on top of the operating system rather than a purpose-built hypervisor running under the OS.

Microsoft obviously sees potential in the technology with the introduction of containers in Windows Server 2016, while VMware has two container options, vSphere Integrated Containers and the Photon platform released last year.

The small and medium business (SMB) market, where vendors often look for growth when an initial adoption surge is exhausted, may not offer much refuge for virtualisation vendors, as SMBs are actually using virtualisation technology less over time, according to Warrilow.

The necessary investment in skills and solutions means SMBs “are not getting the return they need” and they will reduce their use of hypervisor-based virtualisation through at least 2017, he said.

“The complexity and the level of effort required to get bootstrapped favours bigger companies,” Warrilow said.

He noted that SMBs with 20 to 40 virtual servers or fewer were looking to shift them into cloud or hyperconverged infrastructure that combines virtualisation with other administrative services into a multifaceted appliance.

Deployment of the SimpliVity OmniCube hyperconverged infrastructure helped shoe manufacturer Blundstone improve backup processes and reduce costs across the board.

“We've had to change and move the business into other areas over the last few years,” said James Ormesher, national sales manager with virtualisation specialist VMtech.

“Now that you can virtualise most workloads, it’s no longer really a conversation about physical or virtual; it’s more about private cloud vs public cloud.

“Organisations like ours want to add additional value through things like providing better ways of managing, automating and orchestrating those environments. We do this day in and day out, and we have a well-proven methodology for doing it.”

St John Ambulance Australia is currently migrating its virtualised environment into VMtech’s data centres, where it will be run as a hosted service.

“We were looking at storage and network refresh and reducing the complexity of owning and running our own IT infrastructure, enhancing our disaster recovery capabilities and ensuring that our staff and volunteers have seamless and always available access to our services,” St John’s IT manager Barney Lee told iTnews.

“With these services in place, my team will have increased opportunity to focus on organisational needs and service improvements that are aligned with St John’s mission.”

This sort of transition likely represents the future of virtualisation: not a slide into irrelevance, as much as a foundation for further infrastructure transformation that will allow businesses to abstract their entire IT infrastructure from the day-to-day operation of the business.

Smaller organisations may be in a position to reconsider their virtualisation approach in favour of more integrated or hosted environments.

But Warrilow said success at that level may well drive similar moves at the big end of town - particularly in Australia, where the high saturation of virtualisation and the natural forces of continuous infrastructure evolution are likely to make the trend “more pronounced”.

Smaller businesses “can do that more quickly,” he said.

“That makes it the thing for everyone to watch: it’s a sign of what will happen with larger enterprises that will make those decisions, but the course of their actions will play out over a longer period. This is starting to happen here more than in the rest of the world.”

Warrilow also warned that many Australian businesses are “too enthusiastic” about the cloud.

“Some are making dangerous assumptions that it will always save them money, which it’s not necessarily going to do,” he said.

“What they will get is more agility and a different mix of capex and opex … I have this conversation every week with companies in Australia and New Zealand now.”