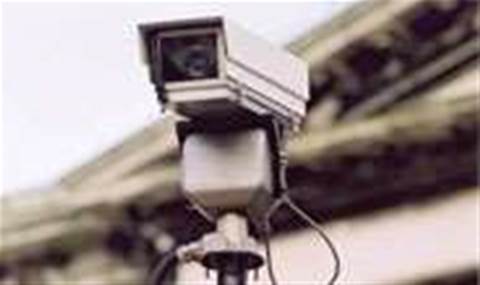 Swinburne University is leveraging its fleet of 930 IP-based CCTV security cameras to tap into analytics on everything from number plate recognition to abnormal behaviour.

It plans to further bolster its capabilities in the future by adding heat maps and facial recognition platforms.

That move had been inspired by a particularly nasty storm across Melbourne’s eastern suburbs.

“Back in 2007, there was a big storm that went through Melbourne that caused a fair bit of property damage to our campuses. As a result of that, senior management realised they needed a way of seeing what was going on all of the campuses in real time,” Goetze said.

“It coincided with us doing a major network upgrade – probably our first one – so 10/100 PoE to every point and every comms room we had. And the decision was made to try to leverage off that investment in that network for CCTV."

The move to IP-based digital CCTV, using Axis cameras and Milestone Corporate XProtect software, removed this physical limitation, allowing the university to centralise its storage of security footage at a data centre on its main campus in Hawthorn, where the analytics platforms are now hosted.

“We have campuses in Croydon, Lilydale, Wantirna and the CBD, yet they all connect on our network to our servers in Hawthorn. Because we have our own fibre connection [between campuses], we don’t have any latency issues. "

The university has now been able to leverage its IP infrastructure to introduce a number of analytics platforms, including iCetana for detecting unusual behaviour and Snap Surveillance to learn about the physical relationship between cameras, which integrate into the core Milestone platform using APIs. Licence plate recognition comes as part of the Milestone package.

Other pieces of the analytics puzzle – such as people counting – are done using applications deployed to the end devices.

“Because the cameras are a miniature Linux computer effectively, you can deploy apps directly on to the cameras, so we’ve deployed an app from a company called Cognimatics,” Goetze said.

“That runs directly on the camera head and sends the data to a SQL database, and you can deal with the data however you want after that.”

The combination of IP cameras and analytics, specifically abormal behaviour detection, helps the uni's physical security teams pick up things that happen around the university without having to monitor 600 cameras on screen, Goetze said.

“iCetana .. automatically detects abnormal behaviour or heavily changed conditions. It does that without a rule base, so we know it will pick up fights, someone falling over, or a car driving the wrong way,” Goetze said.

The camera-matching Snap Surveillance gives security staff a visual representation of the camera they’re interested in, along with other cameras nearby.

“So if you want to follow ‘person of interest A’ across the campus, this tool comes into its own then because you find your suspect on the camera, and it shows you nearby cameras they might walk towards," Goetze said.

“When you see them on the next camera you click on it to bring it into the central view, and it, in turn, shows you other cameras that are nearby.

"It makes it much easier for control room operators to track someone without having to remember ‘oh it’s camera 68 I need to jump to now, which is in this building’. It just does it for them.”

The use of analytics goes beyond security, with people counting used to assist with the planning of library services.

“We use it throughout the seven levels of the library to work out which areas are overloaded, which areas they need to expand, which services are used more than others. Are the periodicals more interesting than the computer lab?” Goetze said.

“We’ve taken it a step further and put people counting in a number of study areas, and then present that information to students in a phone app, so they can see which study areas have spare seating without having to walk halfway across the campus only to find there’s no seats spare.”

Swinburne is now looking to bring facial recognition analytics into the fold.

“Facial matching comes on and off the agenda occasionally. We’re quite interested in it, but at this stage it’s quite an expensive proposition,” Goetze said.

“Because the university is an open campus, in suburbia and in the city, we have no boundaries. And between us and the police, there are persons of interest who we would like to know if they’re on site or not. That’s where facial recognition would be handy.”

The university is also looking at a retail analytics and heat map platform called Vizualize, which could potentially be a tool for researchers.

“In retail, shops use heat maps to work out which of their shops are more popular and how long people stand in front of the shelves. There’s an app we can load on to the cameras that can do heat maps of areas,” Goetze said.

Develop a resiliency strategy that integrates risk analysis & continuity management
By Andrew Sadauskas
May 13 2016
10:00AM