Google and Oracle face off in $12 billion Java retrial 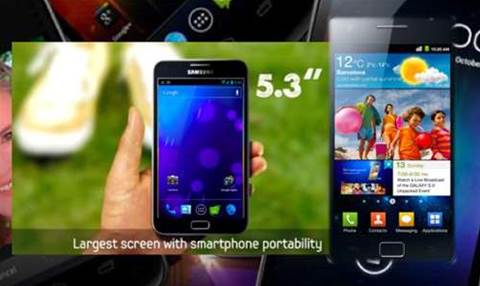 Oracle and Google today faced off in a US$9 billion (A$12 billion) intellectual property retrial, with Oracle accusing Google of using the Java programming language to become the world’s leading smartphone player and Google arguing it acted legally as a true innovator.

Oracle claims Google's Android smartphone operating system violated its copyright on parts of Java, while Google says it should be able to use the programming langauge without paying a fee under the fair use provision of copyright law.

The dispute previously went to trial in 2012, but a jury deadlocked. If the new jury in San Francisco federal court rules against Google on fair use, then it will consider Oracle's US$9 billion damages request.

The case has been closely watched by software developers who fear an Oracle victory could spur more software copyright lawsuits. However, investors see little risk for Google in part because the possibility of an injunction is remote.

In court today, Oracle attorney Peter Bicks said about 100,000 Android smartphones will have been activated by the time he finished his hour-long opening statement, and 3 billion phones had been activated since the lawsuit began.

That translated into US$42 billion in revenue, he said, and all those phones contained Oracle's valuable property.

"You do not take somebody's property without permission and use it for your own benefit," Bicks said. He said Google's defense cannot cover what it did with Java, and called it the "fair-use excuse."

Under US copyright law, "fair use" allows limited use of copyrighted material, without acquiring permission from the rights holder, for purposes such as research.

Google attorney Robert Van Nest said fair use allows a company to use copyrighted material to make money, so long as the company adds something innovative. Google's talented engineers were responsible for developing Android, not a tiny portion of Java owned by Oracle, Van Nest said.

"They want all the credit for Android's success, and apparently billions of dollars in damages, but the evidence isn't going to support that," Van Nest said.