WA Health gives up on finding a CIO 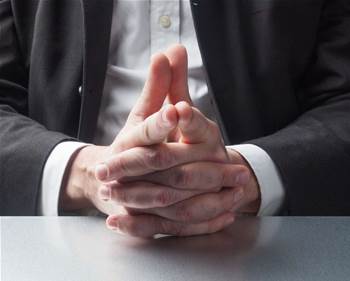 IT leadership bundled into another role.

Western Australia’s health department has thrown in the towel in its hunt for a permanent chief information officer, instead handing the organisation’s IT leadership to a newly-appointed chief executive who has taken control of the state’s health support agency.

WA Health hasn’t had a substantive CIO since 2010.

In the years since it has appointed no less than four acting CIOs - Alan Piper, Dr Andy Robertson, Bill Leonard and Michael D’Souza - to the executive role.

In that same time, the department has attracted unwanted notoriety for its role in the bungled IT fit-out of the Fiona Stanley Hospital, which forced the government to push back the opening of the facility, and more recently narrowly dodged a corruption investigation over revelations unauthorised officials added $44 million worth of extras to the agency’s data centre deal with Fujitsu.

In October 2014, a parliamentary committee looking into the Fiona Stanley Hospital saga urged WA Health to hire a permanent CIO as a matter of urgency, saying the lack of steady leadership “could only have contributed to the significant difficulties that arose in the ICT work stream of the commissioning project”.

A year later, the department appeared to have finally heeded this advice, posting an ad for a CIO to oversee the technological aspirations of the 43,000-employee organisation.

But a spokesman for WA Health has confirmed to iTnews that the recruitment was unsuccessful, after the agency was unable to find a suitable applicant from the field of candidates.

The state government has since instituted an external hiring freeze until 30 June 2016, meaning public sector roles can only be filled from within the existing ranks of the WA public service.

It has also restructured the state’s health system, with corporate services functions like IT to be spun out into a new statutory agency called Health Support Services, under the authority of a newly-appointed chief executive.

WA Health has advised that the inaugural HSS boss, procurement specialist Kylie Towie, will also take on the CIO functions as part of her new job.

“Kylie Towie has successfully established the office of the chief procurement officer and implemented widespread improvements to the procurement and contract management practices across WA Health,” a spokesperson said.

Ovum analyst and former federal government CIO Al Blake said regardless of the governance model, it was good news that WA Health had finally settled upon some form of permanent leadership for IT.

He said the delay “undermined the importance that the health board is seen as placing on technology, and it must also undermine the sense of confidence they are seen to have in the people who deliver it - which can’t be good for morale”.

However, Blake remained diplomatic about the removal of the CIO title.

“It sounds corny, but at the end of the day it comes down to the individual in the position and not what they are called,” he said.

“Whoever it is doesn’t necessarily need to be a programmer, but they certainly need some understanding at a senior level of the challenges and complexity of IT. They need to be tech savvy enough to to carry an argument within the organisation and also have credibility with the technical delivery people,” he said.

Mal Thatcher, a former CIO at both Mater Health and the Queensland health department, has just finished writing a doctoral thesis about IT governance in healthcare.

While he agrees titles don't matter, he said organisations need to make sure they cover both bases when it comes to hiring an IT utilitarian and an e-health strategist.

"These roles are typically filled by clinicians with a passion for e-health," he said.