Jetstar CIO to leave in restructure 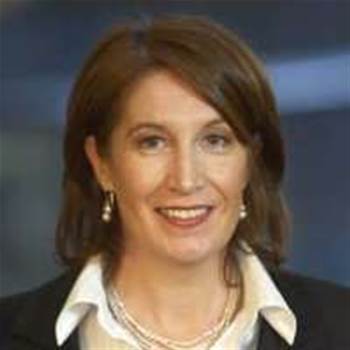 Jetstar chief information officer Grainne Kearns will leave the airline in August after more than two years in the role as the IT shop restructures following the completion of transformation efforts.

Kearns joined Jetstar in late 2013 following the departure of former long-term CIO Stephen Tame, who later relocated to India to become to IT chief for the country's low-cost carrier IndiGo.

In the position, Kearns took over the reins of Jetstar's heavily outsourced IT operations. One of her first actions was to review the airline's approach to technology to identify areas for cost-cutting and to set the business up for expansion.

A new Japanese branch of Jetstar was established in 2012, and the airline later expanded into New Zealand, giving the company operations across those regions as well as Australia, Vietnam and Singapore.

Kearns' job was to help "mature" Jetstar's IT systems to match its newfound size, complexity and geographical spread.

That work is now largely complete and the company is preparing to move to a new model of technology operations. This will involve a restructure of Jetstar's IT team.

Jetstar said the new operating model was intended to "ensure group-wide technology alignment across our wide geographic footprint". It said the restructure was expected to result in more permanent staff within the IT team.

Kearns will help the business transition into the new operating model over the next few months and will depart the company in August.

"I would like to thank Grainne for her efforts and her contribution in improving and uplifting Jetstar’s technology over the past 2½ years. She has led us quite some way from ‘start-up’ to ‘enterprise’, delivering constantly along the way," Jetstar group chief financial officer Race Strauss said.

“We have commenced a process to appoint a new group chief information officer who will take responsibility for the oversight of all technology within Jetstar.

“Jetstar is an incredibly exciting business to work for and we are expecting to get significant interest in the role.”

Jetstar wants an executive who will 'align the different businesses, create economies of scale, reduce cost and take advantage of latest technologies all with the end goal in sight of improving the experience of our customers', according to its job ad.

The young airline has the benefit of no "legacy, cumbersome, ERP systems" and is therefore looking to take a low-cost approach to technology transformation, it said.

The CIO role looks after the company's global operations, leading a team of 150 internal and outsource staff and a multi-million budget. It reports into the chief financial officer.